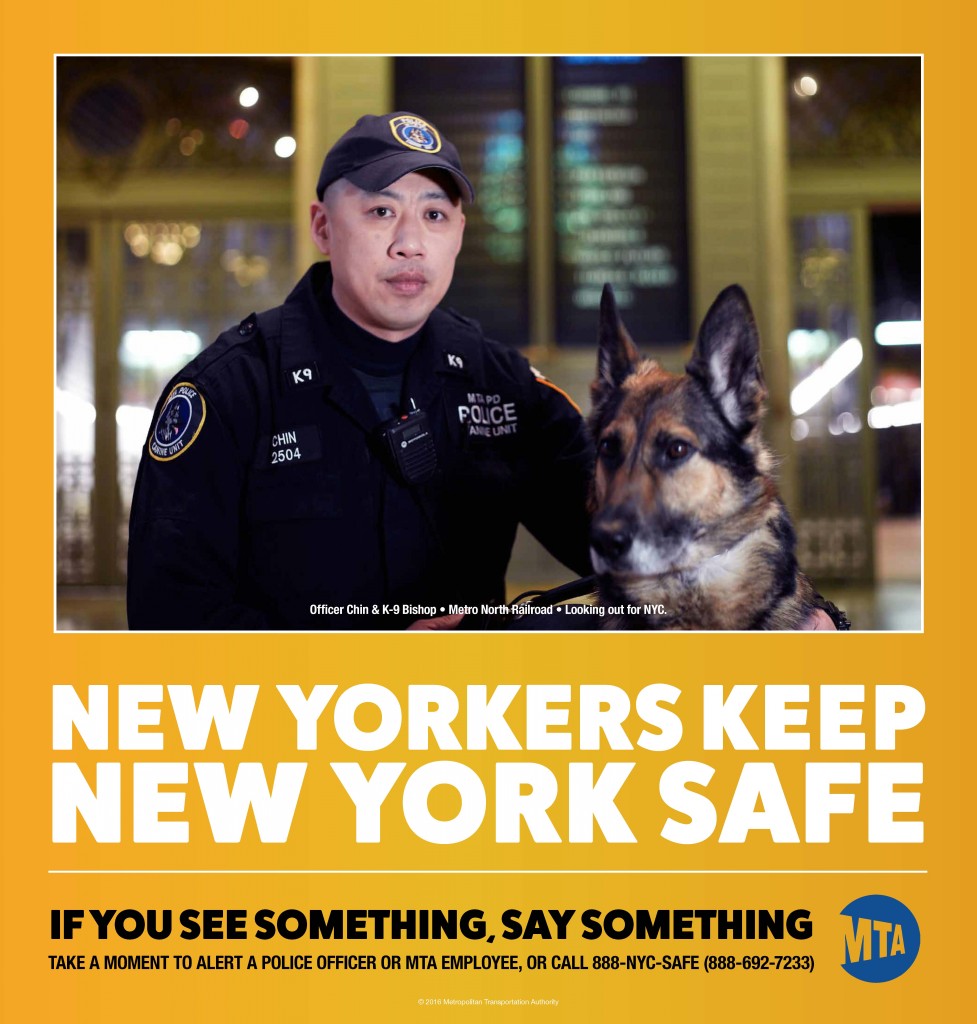 The MTA on Monday re-launched the “If you see something, say something” public safety campaign that it started after the Sept. 11 attacks.

The campaign displays ads and videos featuring people who did say something when they saw something that they thought was suspicious. The new campaign adds the slogan, “New Yorkers Keep New York Safe.”

MTA officials said the goal of the new slogan is to show riders that reporting something is easy to do and that it’s important for public safety.

“One day I was riding the M15 bus,” a rider named Cathy says in one of the testimonials. “A fellow got off the bus and left this weird package. It kind of smelled like gasoline. As someone who was downtown during 9/11, I felt a little nervous about it. We spoke to the driver. He came. He checked it out.”

“I felt good that I was able to help the city stay safe,” says a 6 train rider named Oscar.

The MTA says the videos will run online and the print ads will be on trains and buses and in stations.