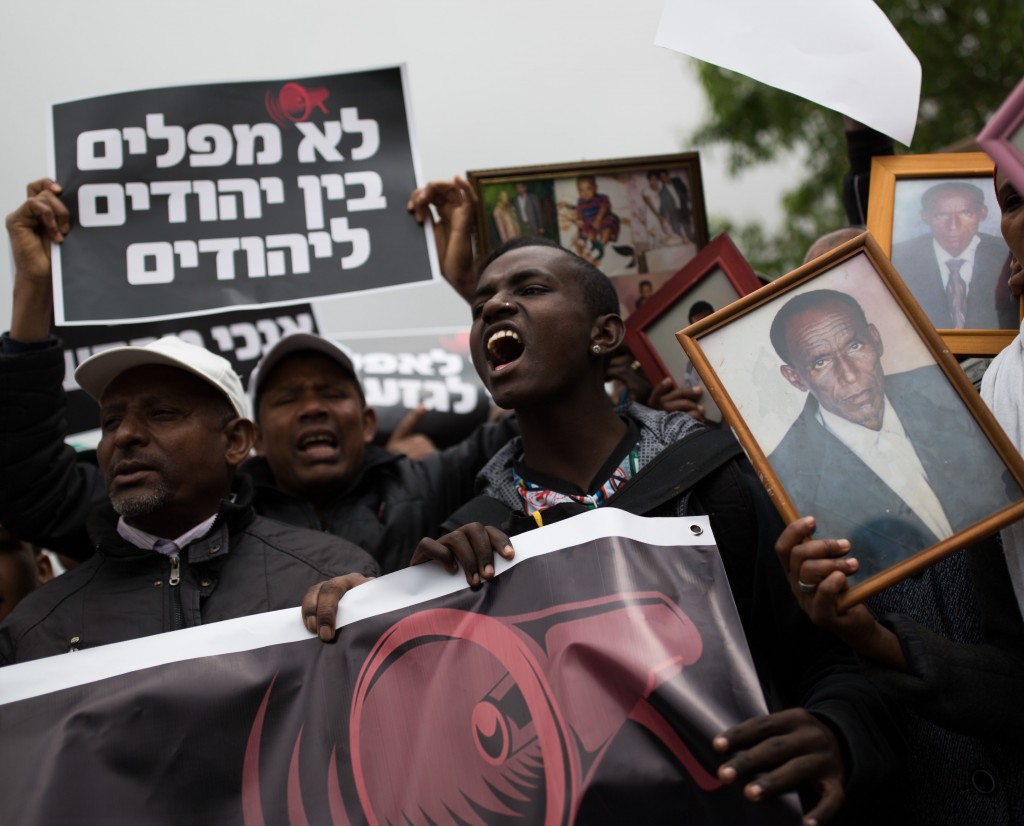 Hundreds of people marched outside the prime minister’s office on Sunday, demanding that the government fulfill a decision made two years ago and transport thousands of members of the Falashmura community in Ethiopia to Israel. Among those demonstrating was Likud MK David Amsalem, head of the Knesset Interior Committee, who was quoted by Israel Radio Monday as saying that he “failed to understand my government’s actions on this matter. If we were talking about 9,000 blond and blue-eyed children I am sure it would have been done yesterday.”

Those 9,000 children are among the many thousands more of the community who are in holding camps run by Israel in Gondar and Addis Ababa. Israel in 2010 declared that it had completed the aliyah of the ancient Ethiopian Jewish community. The Falashmura were not necessarily part of the community, as some had intermarried or converted to various religions, but many maintained family ties and traditions tying them to the community proper. Many of those attending Sunday’s rally showed pictures of their relatives, whom they said were waiting to come to Israel.

According to MK Avraham Nagosa (Likud), “the time has come to cancel this racist and unfair edict. We must fulfill the promise that we made to these people.” Nagosa said that as long as the government did not approve the immigration of the Falashmura, it could not count on his vote in crucial parliamentary votes – and with a coalition with a bare majority of one vote, that decision could be a fateful one for Prime Minister Binyamin Netanyahu, he said.

Amsalem aded that he had recently been on a visit to meet members of the community, and had seen that they are “just like us. It is unfair of the government to allow immigration from all countries except Ethiopia. Instead of filling the Jewish cemeteries there with their bodies, we should allow them to come to Israel.” He, too, declared that he would withhold his vote on parliamentary matters unless the group was brought to Israel.

Immigration of the Falashmura was authorized by the government in 2015, but the decision has been held up over disputes as to how the operation would be paid for.