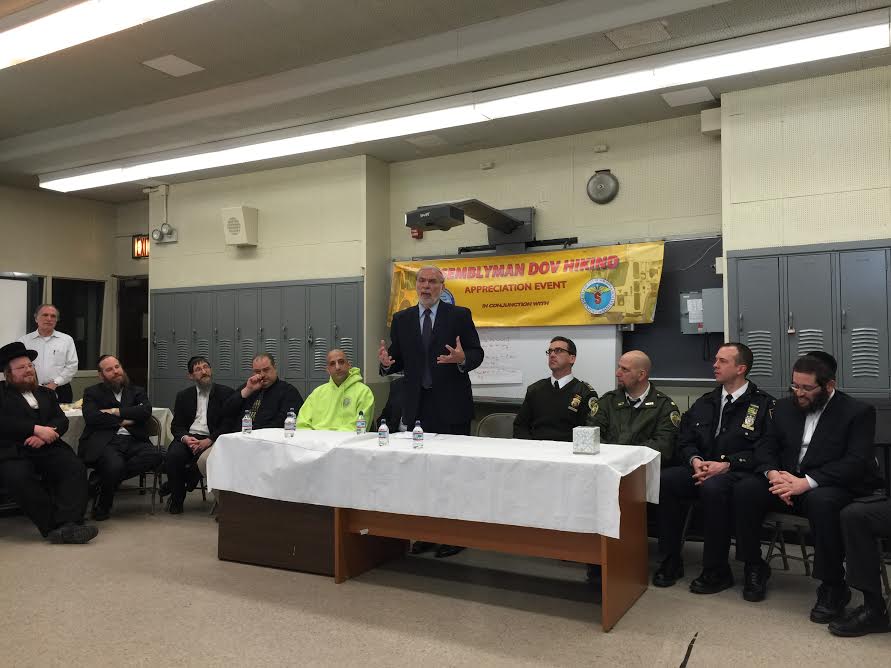 On Monday, New York State Assemblyman Dov Hikind (D-Brooklyn) hosted an appreciation lunch as a token of gratitude for those who played a role in resolving the traffic-sanitation dilemma in Boro Park. It was recently announced that sanitation trucks will generally not pick up garbage in Boro Park during the hours when yeshiva buses are bringing children to school.

“I commend everyone for their efforts in working together to reach a solution,” Assemblyman Hikind said. “This is about saying ‘thank you’ to everyone who worked tirelessly on working toward such a necessary resolution.”

“The sanitation-schedule modification is so vitally important when it comes to navigating through our community. This will undoubtedly benefit everyone from the yeshiva bus drivers and students to the motorists and sanitation trucks.”