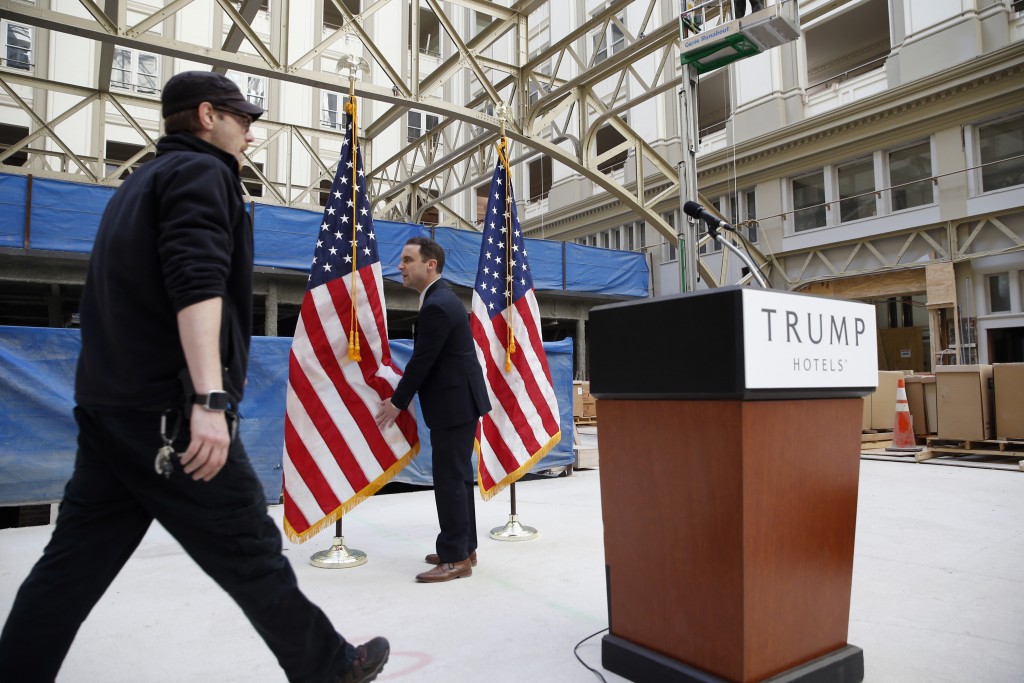 Donald Trump’s presidential campaign will add security to larger events so campaign staffers don’t assist in removing protesters, as boisterous confrontations between the his supporters and detractors escalate.

The decision follows instances this month during which Corey Lewandowski, Trump’s campaign manager, helped local authorities remove protesters. That included an incident caught on video in Tucson, Arizona, on Saturday in which Lewandowski grabbed the collar of a demonstrator who wouldn’t leave the venue. Trump’s campaign has said another man pulled the protester to the ground.

Hope Hicks, a spokeswoman for Trump, said that she and her boss do not condone violence at the campaign events, while saying protesters have used profanity to provoke responses.

In an email, Hicks said, “These are private events paid for by the campaign, and while we do not condone violence or interactions of any kind, that kind of language is not acceptable for the families” in attendance and for those watching the event via media broadcast.

Confrontations have dogged Trump’s events since a rally in Chicago was canceled on March 11 when an estimated several thousand protesters showed up. The insurgent candidate has also warned that his supporters will “riot” if he fails to secure the Republican nomination at the party’s convention in Cleveland in July.

The incidents have flared ahead of the March 22 winner-take-all Arizona Republican primary, which polls show Trump is leading by more than 10 percentage points over Texas Sen. Ted Cruz. Utah also holds its Republican nominating contest that day.

The billionaire real-estate mogul praised Lewandowski on Sunday in an interview on ABC.

“I give him credit for having spirit,” Trump said. “He wanted them to take down those horrible profanity-laced signs.” Brief footage of the incident in Tucson indicated the demonstrator who was involved with Lewandowski wasn’t carrying a sign.

A reporter has filed a criminal complaint against Lewandowski for allegedly roughing her up at an event on March 8. The Trump campaign has denied the account.