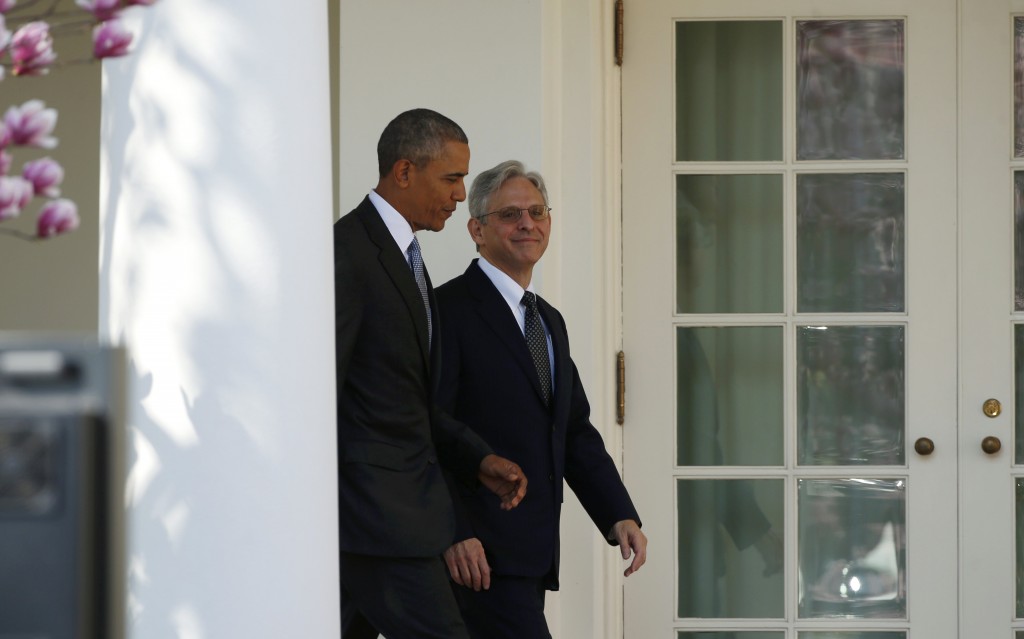 Merrick Garland’s judicial record over nearly two decades indicates he would side more often than not with the Supreme Court’s liberal justices on a range of cases splitting the court along ideological lines.

The real question, to be answered definitively only if Garland wins Senate confirmation, is how far to the left would the Court shift if a new liberal majority were in place.

Garland’s ascension could well be a game-changing moment that would make the Court significantly more liberal on social issues, government regulation and access to the courts. That is driving Republicans to demand that any choice to fill the seat held by Justice Antonin Scalia, who died last month, must wait until after the next president takes office in January 2017.

Yet liberals who wanted President Barack Obama to make a bold choice are voicing mostly tepid support for Garland, even as they called on Republicans to allow hearings and a vote on the nomination.

Democratic presidential candidate Bernie Sanders said Thursday that should he win in November, he would want the White House to withdraw Garland’s nomination if the Senate hadn’t acted by then. “Between you and me, I think there are some more progressive judges out there,” Sanders told the MSNBC.

“Some justices want to move the law in a particular direction if the cases come along. I think Judge Garland is the opposite of that. I think he is a judge who believes that the appropriate role is to look at the case in front of him and decide it the best way he can and as narrowly as he can,” said Andrew Pincus, a Washington lawyer who argues regularly at the Supreme Court.

In Garland’s votes and opinions on the federal appeals court in Washington, he often deferred to the policy choices of lawmakers, to regulations developed by federal agencies and to the actions of police and prosecutors. Like all lower court judges, he also was constrained by Supreme Court decisions.

“The bottom line is there’s little doubt that Merrick Garland will be with the new liberal majority in all the 5-4 cases that have gone the other way, ranging from campaign finance to voting rights and affirmative action,” said Jeffrey Rosen, president and CEO of the nonpartisan National Constitution Center.

That would put Garland somewhere to the left of Justice Anthony Kennedy, whose vote was decisive in so many controversial cases, and well to the left of Scalia in most areas. Garland might resemble Justice Stephen Breyer, another longtime appeals court judge who is a reliable liberal vote, though he and Scalia would sometimes effectively trade places in criminal cases.

Harder to predict, based on his record, is what Garland would do in cases that ask the High Court to jettison one of its decisions.

As it happens, that’s precisely what Sanders and his Democratic rival Hillary Clinton want the Court to do with the 2010 Citizens United ruling on campaign finance that’s hated by their party. Citizens United was a 5-4 outcome with Scalia in the majority.

He joined his colleagues in a unanimous vote to strike down limits on contributions to independent advocacy groups, a decision that led to the rise of super political action committees.

The Court concluded that its ruling in March 2010 was compelled by the Supreme Court’s decision in the Citizens United case two months earlier that freed corporations and labor unions to spend unlimited sums of money in elections for Congress and president, though independent of any campaign for office.

In a second case, Garland wrote for a unanimous court last July to uphold a 70-year-old ban on campaign contributions from people who hold contracts with the federal government. Garland wrote that the ban was in line with the government’s interest in preventing corruption.

Election law expert Richard Hasen of the University of California at Irvine law school wrote that he is persuaded that Garland would vote to uphold challenged campaign finance restrictions like the one he confronted last year.

And if he had been on the court when Citizens United was decided, he would have been with the dissenters, Hasen said. But the issue now is whether Garland would be willing to overturn the ruling.

“My guess is that this would be a struggle for him, less about the merits of the case and more about the proper role of the justice (particularly if he becomes the new swing justice) on a court that is ideologically and politically divided,” Hasen said in an e-mail.

Guns rights advocates point to two votes that they say make them worry that Garland also could vote to overturn the Supreme Court’s 2008 ruling in District of Columbia v. Heller, written by Scalia, that proclaimed an individual’s right to own a gun, at least for self-defense at home. That, too, was a 5-4 ruling.

In 2000, Garland was part of a 2-1 majority that said the FBI could retain gun purchase records for six months to make sure the computerized instant background check system was working. The FBI’s position was challenged by the National Rifle Association and other gun-rights groups.

Seven years later, Garland wanted the full court to reconsider a decision by a three-judge panel that struck down Washington’s ban on handgun ownership. The appeals court voted 6-4 against a new hearing in the case, for which Scalia later wrote the majority opinion.

The court where he’s served since 1997, and as chief judge since 2013, also handles the lion’s share of challenges to federal regulations, including actions taken by the Environmental Protection Agency. Scalia had been a leading critic on the Court of EPA climate-change policy, and his death is a potentially devastating loss to opponents of efforts to reduce carbon emissions.

Garland, on the other hand, has been friendlier to EPA action.

He drew the ire of industry groups in 2001 when he upheld use of the Endangered Species Act to protect the arroyo toad in California, rejecting arguments that federal officials lacked authority because the toad lived only in California. He also dissented in a case that overturned the EPA’s anti-haze regulations, which business groups considered overly burdensome.