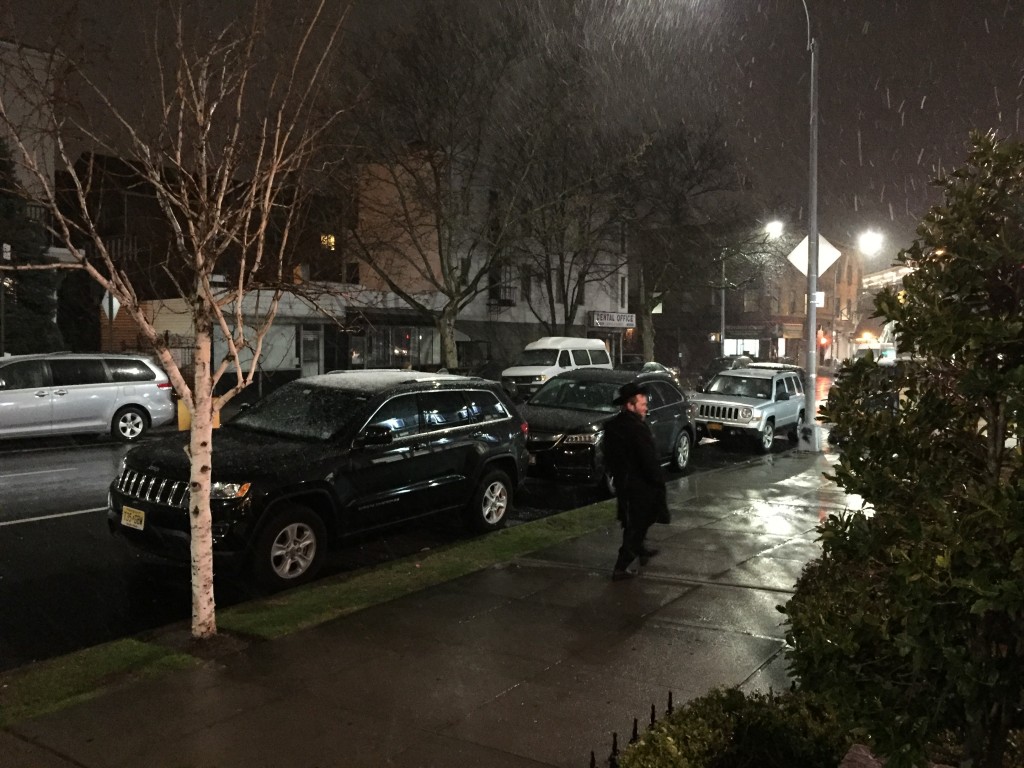 Steady snowfall made for a sloppy Monday morning commute across much of New England, yet many residents were relieved that the spring storm wasn’t nearly as bad as first forecast.

After initial forecasts last week of up to a foot or more of snow in some areas, the National Weather Service downgraded its predicted precipitation to about 6 inches across much of eastern Massachusetts, Rhode Island and northeast Connecticut. Coastal areas of New Hampshire and Maine could get a little more, up to 8 inches.

Plymouth nurse Kathy McKee was pleasantly surprised when the storm didn’t dump as much snow as predicted. When she left her home, only 3 to 4 inches of snow had fallen, compared to some forecasts that had predicted as much as 10 inches.

“I’m relieved now and back looking forward to spring again,” she said.

Greg Crawford, manager of a rental-car company in Buzzards Bay, was unimpressed. He took a shot at forecasters who overestimated the storm’s impact.

“I think their ratings are down compared to last year, so they needed something,” he said.

Less snow was expected in New York. A little more than 3 inches had accumulated in Nassau County. New Jersey and Pennsylvania had slight accumulation on cars and grassy surfaces.

Schools across New England either closed for the day or delayed opening by two hours.

Power outages were minimal, but dozens of flights in and out of Logan International Airport in Boston were canceled.

“It’s New England. No big deal,” said the Providence, Rhode Island, resident, briskly walking to work as flurries fell. “It’s just a little flurry. For the amount of snow we’ve had this year, I can’t complain.”

The snow is expected to taper off around midday and then quickly melt as temperatures rise into the 50s by midweek.

In Brooklyn on Sunday night, some residents who had been excited at the prospect of one last snowfall were unhappy with what turned out to be just some brief flurries.