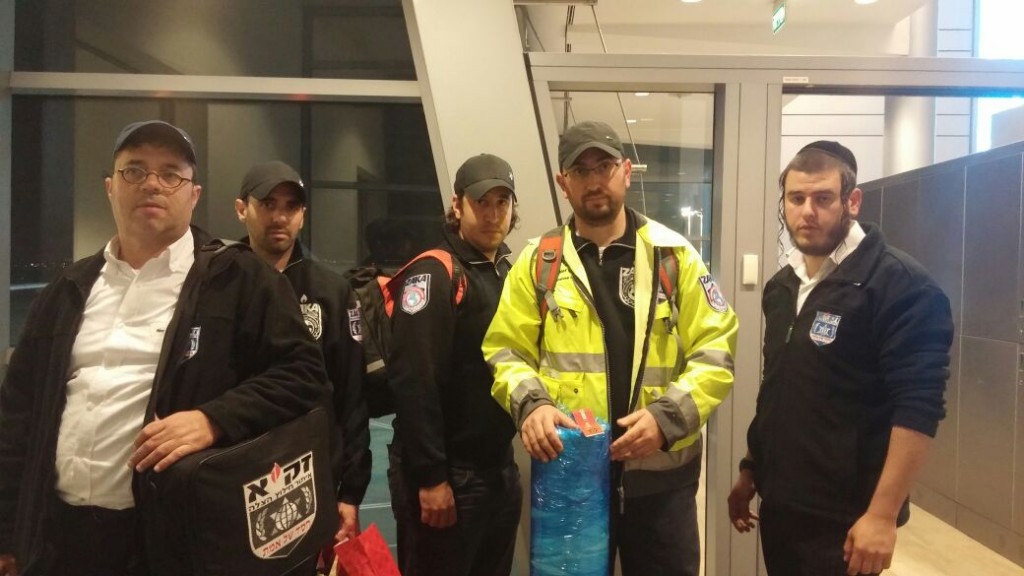 On Sunday morning, the name of a second Israeli killed in the attack was released. That second victim is Yonatan Shur, 40, a member of Kibbutz Kvuzat Schiller. On Motzoei Shabbos, it was announced that Simcha Damri, 60, a resident of Dimona, had also been killed in the attack. Officials later released the name of the third victim, Avraham Goldman, 69, of Herzliya. The U.S. said that two of the dead were dual American-Israeli citizens.

Five more Israelis are still hospitalized in Turkey, one in critical condition. An IDF plane is set to take off from Istanbul carrying the remains of the three Israelis killed in the blast on Shabbos in central Istanbul. Magen David Adom, Ichud Hatzalah and Zaka staff are on the ground in Turkey to deal with the injured and the dead.

Speaking to Army Radio, Penina Greenfield, one of the Israelis injured in the attack who returned home Sunday, said that the blast had come out of nowhere, causing dozens of people to run screaming from the area. “We were in front of the group and the blast occurred behind us, so my husband and I were only relatively lightly injured.” She said she was given the option of undergoing a necessary operation in Istanbul, but decided to wait until returning home.