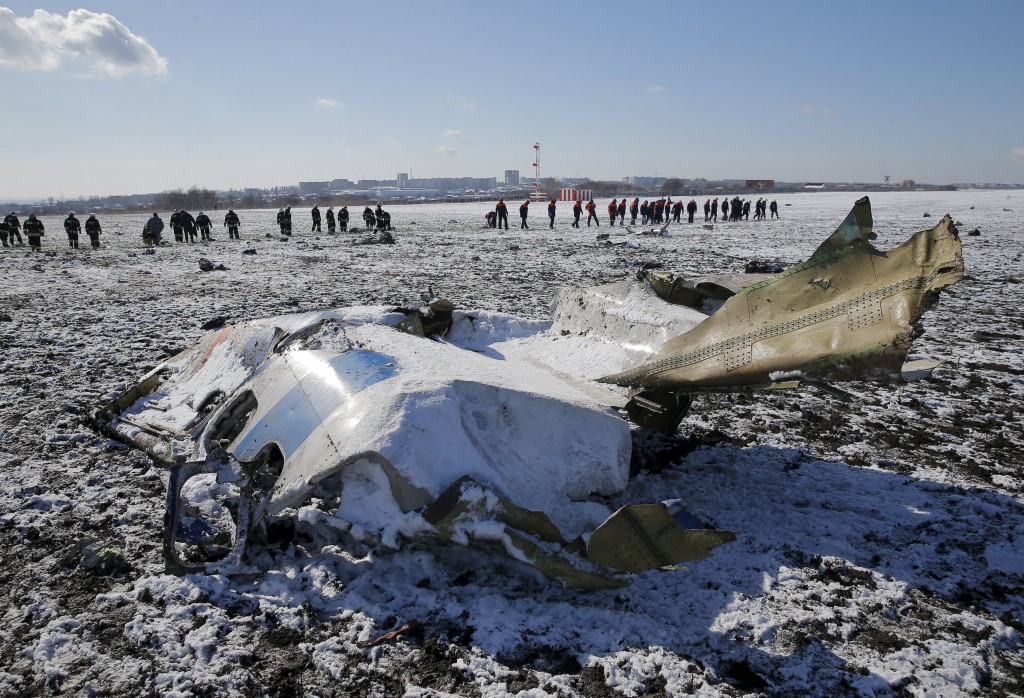 Emergency workers are still combing the debris-laden runway of an airport in southern Russia where a plane carrying 62 people crashed before dawn on Saturday.

FlyDubai’s Boeing 737-800 traveling from Dubai nosedived and exploded in a giant fireball after trying to land for a second time in strong winds in the city of Rostov-on-Don. FlyDubai confirmed there were no survivors and said four children were among those killed.

The Rostov-on-Don airport remained closed Sunday morning while rescue workers finished examining the area. Russia’s transport minister said he expected the airport to stay closed until early Monday. The explosion left a crater in the airport runway that needs to be repaired.

Russian news agencies say the plane’s two black boxes have been recovered and taken to Moscow for examination.