Israel Report: Indications Mount That Istanbul Attack Was Work of IS
Israel 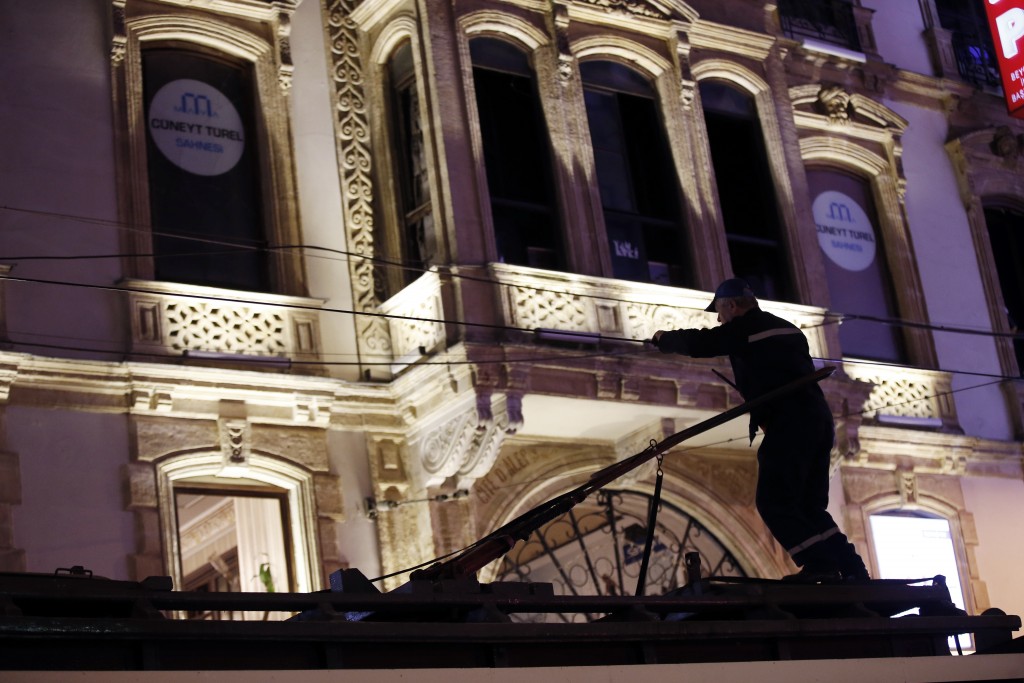 Nearly 24 hours after the deadly terror attack in Istanbul in which four people were killed – three of them Israelis – no group or organization has yet taken responsibility for the attack. While some analysts in Turkey have pointed the finger at Kurdish rebels, the larger majority of experts believe that it is Islamic State that is behind the attack, Army Radio reported Sunday morning.

According to reports in the Turkish media, the main suspect in the attack is a man named Salvas Yadliz, who recently returned from a stay in Syria, where officials suspect he had been in touch with IS operatives. Yadliz’s image was captured on security cameras, where  he is seen loitering, apparently looking for an appropriate place to set off the bomb he was wearing. According to Israeli officials, it appeared that Yadliz had targeted the group of 14 Israeli tourists who were walking down Istiklal Street, one of the city’s main tourist districts.

Turkish police arrived at the home of Yadliz’s family Saturday night and reportedly took DNA samples, hoping to match them to the remains of Yadliz found at the scene of the attack.

According to the reports, the German embassy, which was just a few hundred meters from the scene of the attack, was warned on Thursday that an IS attack was imminent. The embassy had been closed to visitors over the weekend as a result.

On Saturday night, Turkish Prime Minister Ahmet Davutoglu conveyed his condolences to the families of the Israelis killed in the attack, and wished a “speedy recovery” to the injured. The message from Davutoglu was the opposite of the wishes expressed on social media by a member of the AKP party that Davutoglu and Turkish President Erdogan belong to. Irem Aktas, chairperson of the party’s “ladies auxiliary,” said that she hoped the Israelis injured in the attack “were dead too.” In response, the party fired her, reports from Turkey said.

At a press conference Motzoei Shabbos, Prime Minister Binyamin Netanyahu said that Israel was in touch with Turkish authorities, and that both sides had updated each other on the situation throughout the day.

“The Foreign Ministry director general spoke with his Turkish counterpart and, naturally, we are trying to clarify things in the intelligence sphere. We currently have no confirmation that this terrorist incident was directed at Israelis,” Netanyahu said.

“Foreign Ministry personnel, including those here in the situation room, are working constantly and will work around the clock in order to bring the people back to Israel and in order to give full support at this difficult time. I am certain that all Israelis join me in the hope for recovery for the wounded and in expressing condolences to the families of those who were murdered.”