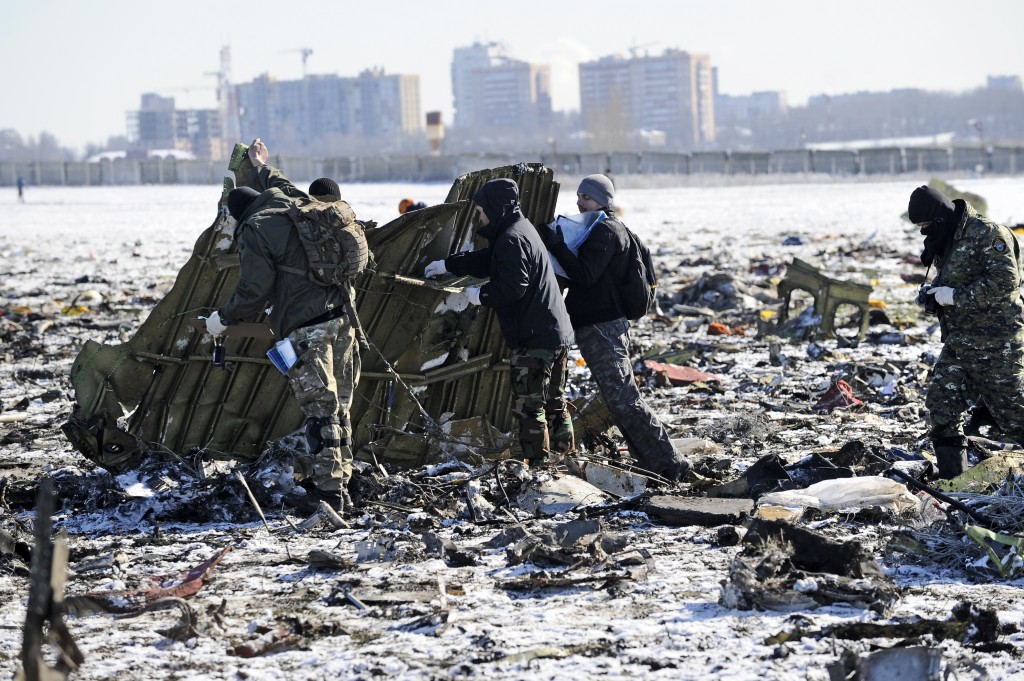 The flight recorders from a passenger jet which crashed in southern Russia killing all 62 people on board are badly damaged and could take up to a month to decode, Russia’s airline regulator said on Sunday.

The Boeing 737-800 aircraft, operated by Dubai-based budget carrier Flydubai, crashed on its second attempt to land at Russia’s Rostov-on-Don airport in the early hours of Saturday morning. Most of those on board were Russian.

“The received recorders are badly damaged mechanically,” Russia’s Interstate Aviation Committee (IAC) said in a statement on its website, alongside a photo of a crumpled recorder.

“Specialists … have started the inspection, opening and removing the memory modules from their protective coverings for further work to restore the cable connections and prepare to copy the data,” the IAC said.

RIA news agency cited an IAC official as saying it could take a month to decode information from the recorders.

In Rostov-on-Don on Sunday, Russian workers continued to search the crash site in temperatures of minus 5 Celsius, sifting through snow-covered debris strewn across the airfield.

After laying flowers next to piles of candles, children’s toys and photos of the dead, Russian Transport Minister Maxim Sokolov said the airport would reopen on Monday morning.

“We mourn,” read an inscription listing the names of all 55 passengers and seven crew members who died in the crash.

Al-Ghaith said on Saturday it was too early to determine the cause of the crash, but officials have suggested it could have been caused by pilot error, a technical problem or strong winds at the airport.

Flydubai said it had not canceled or delayed any flights because of the crash.

The airline said in a statement it was organizing hardship payments to families of the victims amounting to $20,000 per passenger, in accordance with its conditions of carriage.

Security services in the Middle East and Russia are on heightened alert for terror threats to aviation following the Islamic State claim of responsibility for downing a Russian passenger plane over Egypt’s Sinai Peninsula in late October.