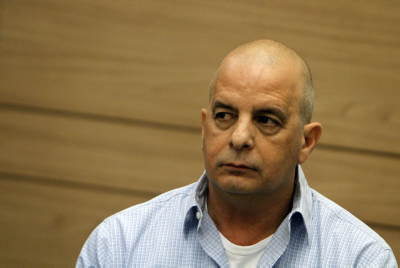 In a weekend interview, former Shin Bet head Yuval Diskin reiterated his views that the only solution to the Israel-Arab conflict was the establishment of a Palestinian state. The current terror wave “is not surprising, and for several years I have been predicting it,” Diskin told Channel Two. “There are hundreds of thousands of discouraged and depressed Palestinian youth and it is they who are committing these acts.”

The terror wave that Israel has been experiencing for more than half a year needs to be dealt with using operative procedures, as the defense establishment is doing, but “beyond the operative procedures we need a change in atmosphere. The lack of hope is the main cause of terror, and you can see this among the Palestinian youth. They do not see a future for themselves. In order to change this reality we need to make courageous changes in our policy. We must lead the process, and the one to do that must be the prime minister.”

In the interview, Diskin also discussed his relationship with former Mossad head Meir Dagan, who passed away early Thursday. “I knew him for 25 years in a variety of jobs. Over the years we worked very closely, and we both helped each other’s organization to blossom. He was a tough man and a thorough worker, but he had a softer inner personality that I was less familiar with,” said Diskin.