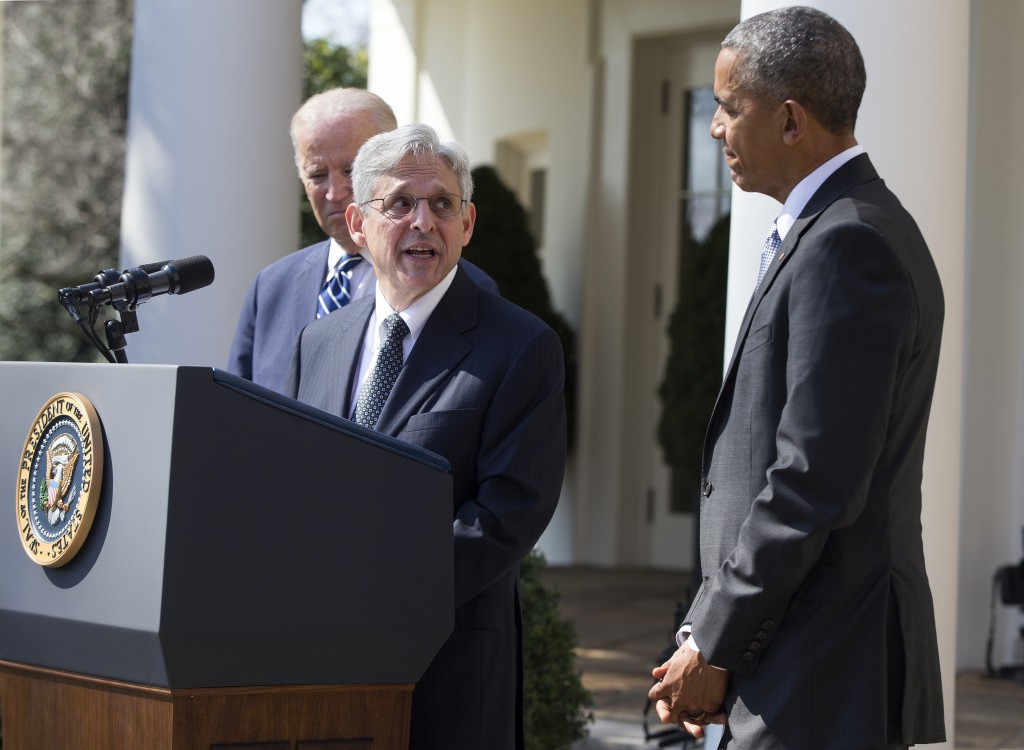 As the Senate began a two-week recess on Friday, the White House and its allies sought to turn up the heat on Republicans to reverse course and act on President Barack Obama’s Supreme Court nominee.

Senate Majority Leader Mitch McConnell of Kentucky has pledged not to hold confirmation hearings or a vote on Obama’s nomination on Wednesday of Merrick Garland, a centrist appeals court judge and former prosecutor, to the high court.

Not all Senate Republicans want to block a vote on Garland. Senator Mark Kirk, locked in a tough reelection battle in Illinois, told WLS Radio in Chicago that senators should “just man up and cast a vote” on the Garland nomination. Kirk broke with McConnell last month, calling for hearings and a vote on Obama’s nominee.

Conservative activists, however, vowed to fight in support of Republican leaders who insist that the next president, to be elected on Nov. 8 and take office in January, make the appointment, hoping their party’s candidate wins.

Garland, 63, would replace conservative Justice Antonin Scalia, who died on Feb. 13, on the nine-seat court. His appointment could tip the court leftward for the first time in decades.

Liberal groups said they would rally at various locations on Monday, calling on Senate Republicans to “Do Your Job” and put Garland through a full confirmation process.

One rally was planned for outside the Des Moines, Iowa office of Senator Chuck Grassley, chairman of the Judiciary Committee that would convene any hearings. The Iowa senator has said he opposes hearings but is open to meeting with Garland. The conservative ad campaign is also targeting Grassley.

One senior Senate Republican aide, referring to pressures Grassley faces over the recess, speculated on the possibility he would return to Washington on April 4 more open to holding confirmation hearings. “Two weeks in Iowa with Iowans screaming at him?” the aide said.

While Earnest said Biden “can be a pretty persuasive advocate,” Republicans have noted that Biden, as Judiciary Committee chairman in 1992, argued for postponing action on Supreme Court nominees during an election year.