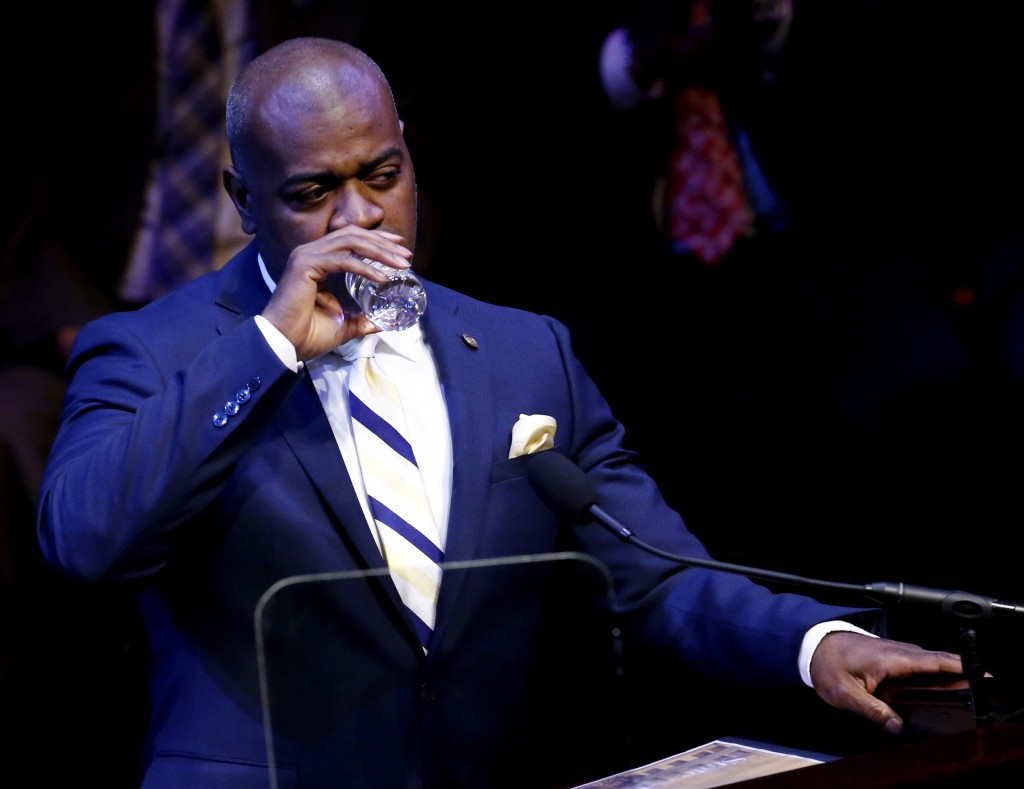 New Jersey’s largest school district began voluntary blood tests to check students for the presence of lead Thursday, a week after officials announced that elevated levels had been found in the drinking water.

The first testing concentrated on the Newark school district’s youngest students and began at the early childhood center, which was among 30 schools that had elevated lead levels in its water. About 40 families had registered for testing, said schools spokeswoman Dreena Whitfield.

As many as 17,000 children will be checked for lead poisoning, and the district will unveil a plan for wider testing next week, Whitfield said.

Lead is known to severely affect a child’s development.

Officials urged calm and said that they don’t believe there are any serious health risks. They say the lead levels in some of Newark’s schools don’t compare to the crisis that has plagued Flint, Michigan.

Lead hasn’t been found in the city’s water supply. It likely leached into the schools’ water through lead pipes or other building fixtures made of lead or lead solder.

Republican Gov. Chris Christie said Tuesday that his administration would work closely with Newark officials to help remedy the problem.

“I want to make sure everyone understands this is a situation we’re concerned about, but it is not a crisis,” Christie said. “But we don’t want to let it become a crisis. So we’re on top of it.”

It’s unclear how long Newark’s children have been exposed to higher concentrations of lead. The water was shut off at the 30 school buildings last week, and bottled water is being used for drinking and cooking.

In his State of the City address, Mayor Ras Baraka called for a permanent improvement to the city’s infrastructure.

“Our students’ health is in jeopardy. There is nothing wrong with Newark’s water, but there is something wrong with our infrastructure. It is old,” Baraka said. “We don’t want to send our children bottled water for the next 20 years, and we don’t just want filters on water-use sites.”