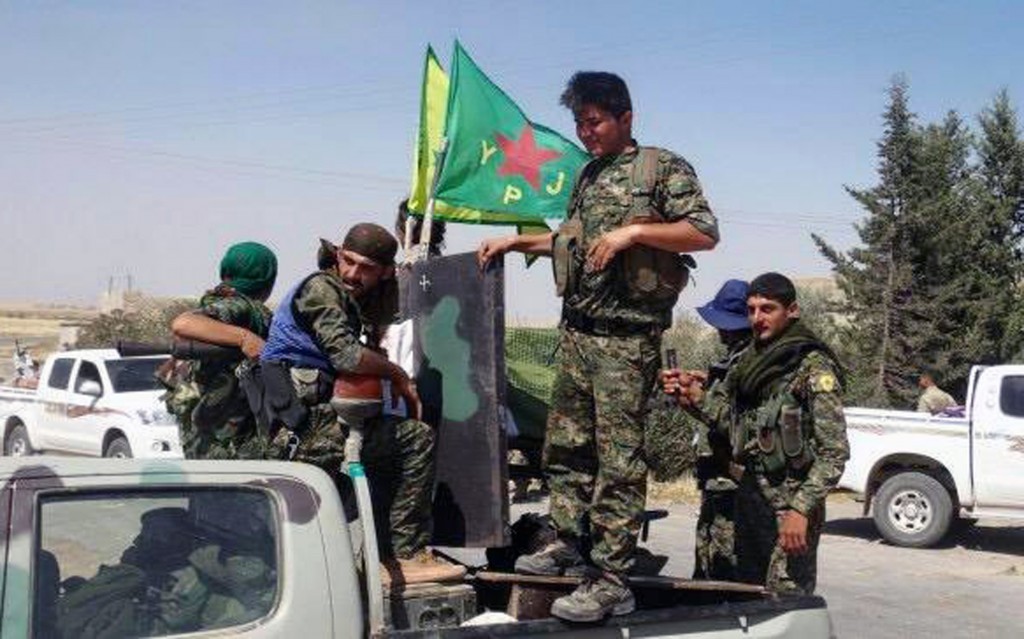 The main Syrian Kurdish group on Thursday declared a federal region in Kurdish-controlled areas in northern Syria, a move that was immediately rejected by both the government in Damascus and the opposition.

The announcement came as Russian President Vladimir Putin warned that despite the Russian forces drawdown, Moscow can again build up its forces in Syria “in a few hours” if necessary, and will continue striking extremist groups.

The nature and the timing of the move — which came as U.N.-brokered talks on resolving the Syrian conflict are underway this week in Geneva — might make it seem like a way forward after five years of civil war, but they have also triggered fears a federal unit would lead to a partition of the country.

Nawaf Khalil, an official with the Democratic Union Party, or PYD, told The Associated Press that the announcement was made at a Kurdish conference being held in the town of Rmeilan in the northeastern province of Hassakeh.

Syria’s Foreign Ministry rejected the move, describing it as “unconstitutional and worthless” and warned against any attempt to encroach upon the integrity of Syrian territory.

The Syrian National Coalition, one of the main Syrian opposition groups, also said it rejects such unilateral declarations and warned of any attempt to form autonomous regions that “confiscate the will of the Syrian people.”

Khalil said participants in the Rmeilan meeting have approved a “democratic federal system for Rojava-Northern Syria.” Rojava is a Kurdish word that refers to three distinct enclaves, or cantons, under Kurdish control in northern Syria: Jazira, Kobani and Afrin.

Khalil said participants who include Turkmen, Arabs, Christian and Kurds in northern Syria said after they approved the draft that they are now preparing a final statement that will be read later Thursday.

“Federal and Democratic Syria is a guarantee of coexistence and brotherly relations between people,” read a banner posted online from inside the room of the Rmeilan conference.

Salih Muslim, the co-president of the PYD, said by telephone that those meeting “are setting up the basis on how constituencies will deal with each other.”

Also in Syria, 61 trucks loaded with aid from the International Committee of the Red Cross and the U.N. are waiting to enter four area besieged by the government and insurgents, said ICRC spokesman Pawel Krzysiek.

The U.N. Office for the Coordination of Humanitarian Affairs, or OCHA, said on its Twitter account that health, nutrition, hygiene and emergency items are on the way to the rebel-held towns of Madaya Zabadani, near the border with Lebanon, and the government-held villages of Foua and Kfarya in the northwestern Idlib province.

Meanwhile in Russia, Putin, who ordered a partial withdrawal of Russian warplanes from Syria earlier this week, said that Russia has kept some forces in Syria to support the Syrian army’s action against the Islamic State group, the Nusra Front — which is al-Qaida’s branch in Syria — and other terrorist groups.

He emphasized that the Russian military will be ready to use an array of air defense missile systems it has in Syria “against any targets that would threaten our servicemen.”

Putin’s statement underlined Russia’s intention to maintain a strong military presence in Syria to keep its gains after a five-and-a-half-month air campaign that has helped turn the tide of war and allowed Syrian President Bashar Assad’s forces to make significant advances.

Putin said that Assad had been informed in advance about the Russian pullout and supported the decision.

Putin praised the Syrian ruler for what he described as his readiness to contribute to a peaceful settlement. “We have seen him shown restraint and demonstrating a sincere striving for peace and readiness for compromise and dialogue,” he said.

The Russian president voiced hope that the partial withdrawal of Russian forces from Syria would help Syria’s indirect peace talks that began in Geneva on Monday.

He also said the Syrian army will continue its offensive on the historic central town of Palmyra and drive out the IS forces controlling it.

Earlier Thursday, the commander of the Russian Air Force said the withdrawal of the bulk of the Russian forces from Syria should be complete in two to three days.

Col. Gen. Viktor Bondarev said in an interview with the Komsomolskaya Pravda daily on Thursday that the Air Force aims to meet President Vladimir Putin’s deadline and pull out in the next two to three days.

Putin on Monday announced the withdrawal of most of the Russian forces from Syria to end a five-and-a-half-month campaign there. The first group of bombers left for Russia on Tuesday. Moscow didn’t specify how many aircraft and troops would be withdrawn. It has not revealed how many soldiers it has deployed to Syria, but U.S. estimates of the number of Russian military personnel vary from 3,000 to 6,000.