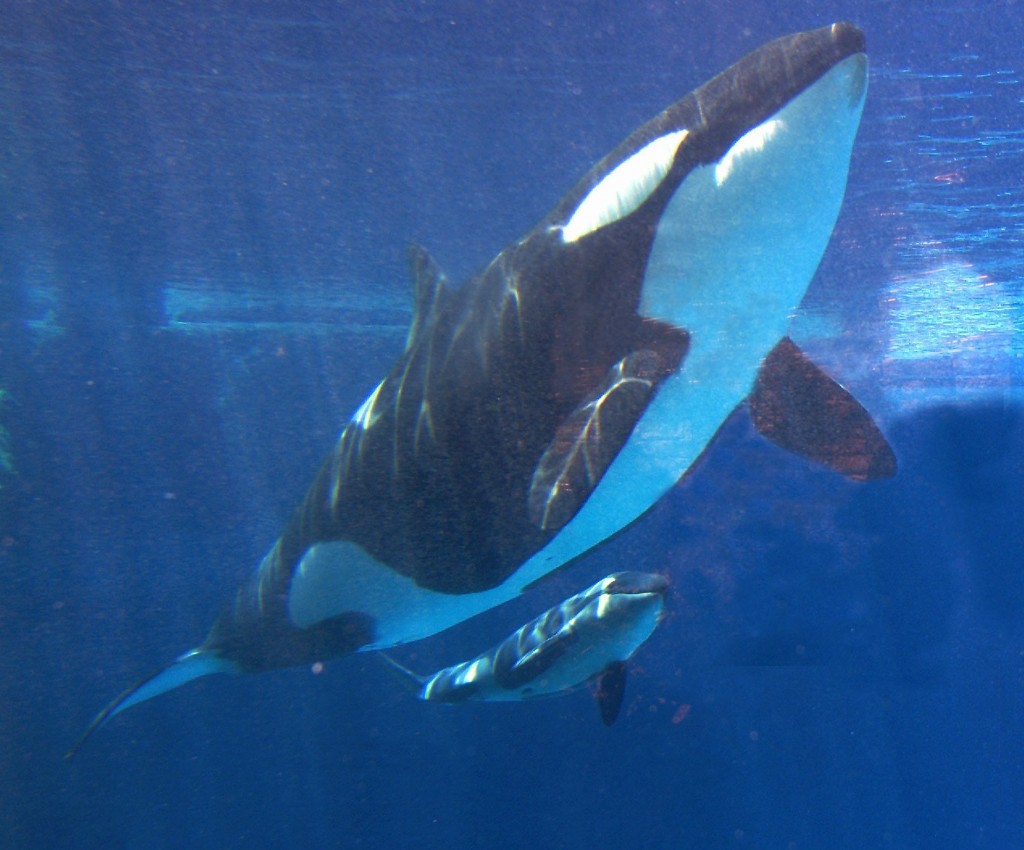 SeaWorld will end its killer whale breeding immediately, the company announced Thursday, after years of controversy over keeping its orcas in captivity.

The sweeping change to its business model will also include ending theatrical shows and introducing “new, inspiring, natural orca encounters.” That change will start in the San Diego park next year, followed by San Antonio and then Orlando in 2019.

The company has already agreed not to bring in any more wild cetaceans, meaning this will be SeaWorld’s last generation of killer whales. The current population of orcas – including one, Takara, that is expecting a calf – will live out their lives at SeaWorld.

SeaWorld had fought calls to stop breeding and to free its killer whales after years of struggling with declining attendance, the loss of corporate sponsorships and a weakened stock price. It has endured round after round of bad publicity, with the latest being that the orca Tilikum, which killed trainer Dawn Brancheau in 2010, has an incurable bacterial infection that could kill him. The company has never fully recovered from a 2013 documentary that painted a critical portrait of SeaWorld.

Through it all, SeaWorld has stood firm about breeding orcas. It filed a lawsuit last year after the Coastal California Commission said it could only expand its killer whale tanks if it would agree to end breeding. At the time, the company insisted that stopping the breeding program was inhumane.

“As society’s understanding of orcas continues to change, SeaWorld is changing with it,” said Joel Manby, president and chief executive officer of SeaWorld Entertainment, Inc., in a statement. “By making this the last generation of orcas in our care and reimagining how guests will encounter these beautiful animals, we are fulfilling our mission of providing visitors to our parks with experiences that matter.”

After Manby became chief executive officer of SeaWorld last year, he began moving the company in a direction toward emphasizing its conservation and rescue work.

Last year the company announced it would end theatrical orca shows in San Diego. Its California park has taken the biggest hit from controversy over its captive orcas.

SeaWorld also announced a partnership with the Humane Society, which lauded the decision.

“SeaWorld’s commitment to end breeding of orcas is a long-held goal of many animal advocacy organizations, and we commend the company for making this game-changing commitment,” said Wayne Pacelle, President and CEO of HSUS. “Today we turn a corner, working together to achieve solutions on a wide set of animal issues including sunsetting the use of orcas at existing facilities; maximizing SeaWorld’s focus on rescue, rehabilitation and advocacy for marine mammals in the wild; and sourcing food for animals and customers from humane and sustainable sources.”