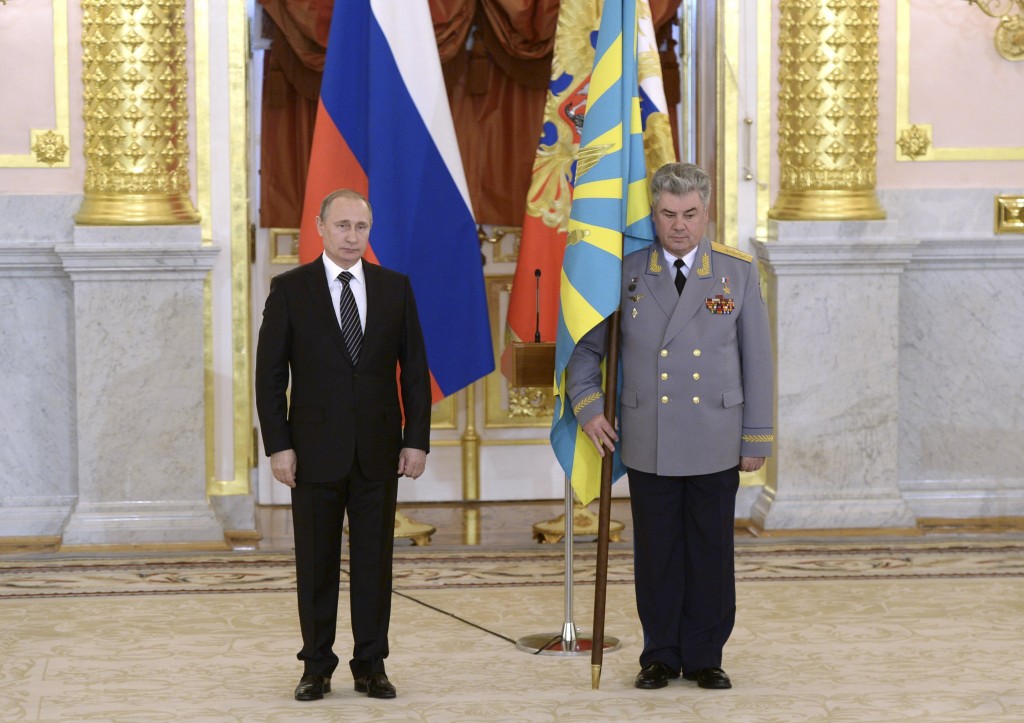 Vladimir Putin said Russia’s military success in Syria had allowed him to order a partial draw down of forces, but stressed the Kremlin could scale up its presence again within hours and would continue to carry out air strikes there.

Speaking in the Kremlin three days after he ordered Russian forces to partially withdraw from Syria, the Russian president said the smaller strike force he had left behind in his closest Middle East ally was big enough to help forces loyal to President Bashar al-Assad keep advancing.

“I’m sure that we will see new and serious successes in the near future,” Putin told an audience of over 700 servicemen and military officers at the Kremlin ceremony. In particular, he said he hoped that Palmyra would soon fall to Assad.

Russian forces would continue to carry out air strikes against Islamic State, Al Nusra and other terrorist groups, he added, and would keep providing a wide range of aid to Syrian government forces.

Although he said his preference was for a negotiated diplomatic solution to the conflict with those opposition groups who had signed up to a cease-fire, he made clear Russia could easily scale up its forces again.

“If necessary, literally within a few hours, Russia can build up its contingent in the region to a size proportionate to the situation developing there and use the entire arsenal of capabilities at our disposal,” said Putin.

He sought to dampen any speculation of a rift with Damascus, saying Moscow’s partial withdrawal from Syria had been agreed with Assad.

Putin on Monday ordered the bulk of the Russian military contingent in Syria to be pulled out after five months of air strikes, saying the Kremlin had achieved most of its objectives.

Russia would finish withdrawing most of its Syria aviation strike force “any day now” and no later than by the end of this week, Viktor Bondarev, the head of the Russian air force, told the Komsomolskaya Pravda newspaper in an interview published on Thursday.

That tallies with an updated Reuters calculation based on state media and other footage, which shows that as of Thursday morning 18 or half of Russia’s estimated 36 fixed-wing military jets had flown out of Syria in the past three days.

On Thursday, the Rossiya 24 channel showed three Su-24 bombers landing at their home bases in the Urals.