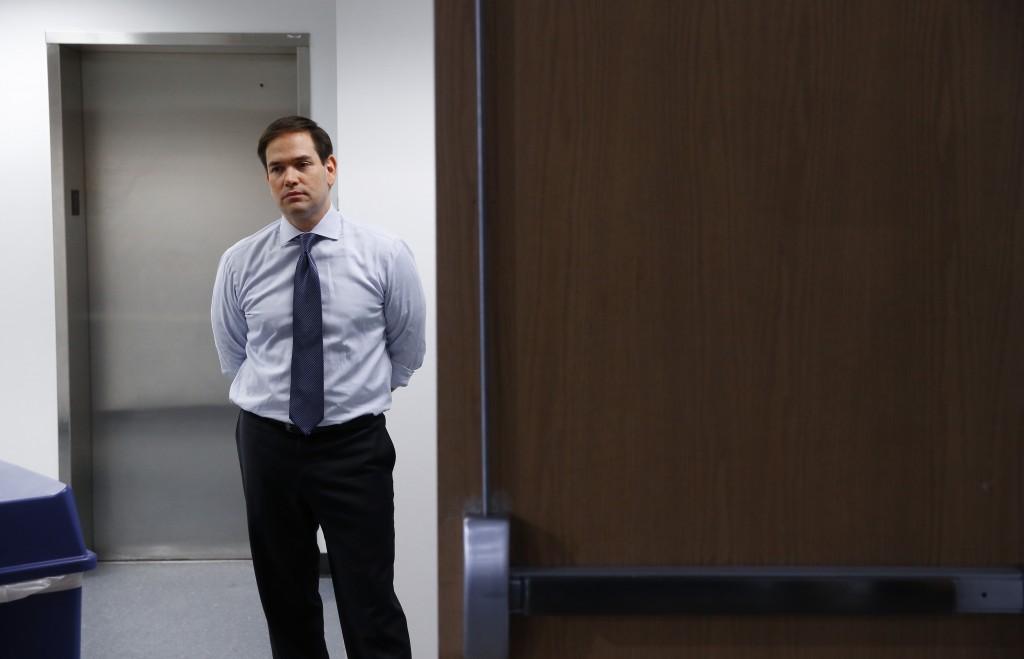 Former Republican presidential candidate Marco Rubio said on Thursday he would not be anybody’s running-mate in the Nov. 8 presidential election, slamming down rumors that he was seeking the vice presidential nod from former rivals.

“No, I’m not going to be anybody’s vice president… I’m not interested in being vice president,” Rubio told reporters on Capitol Hill.

Rubio also ruled out both seeking re-election to the U.S. Senate and a run for the Florida governorship, which was speculated as a potential next step for the first-term U.S. senator from Florida.

“I’m going to finish out my term in the Senate over the next 10 months… and then I’ll be a private citizen in January,” he said.

Throughout his 2016 bid for the White House, Rubio repeatedly stated he was uninterested in returning to the Senate, instead focusing his campaign efforts solely on the Republican Party’s nomination.

Rubio, once seen as the establishment favorite for the party’s nomination, suspended his campaign efforts on Tuesday following a loss in his home-state of Florida to party front-runner and political upstart Donald Trump.