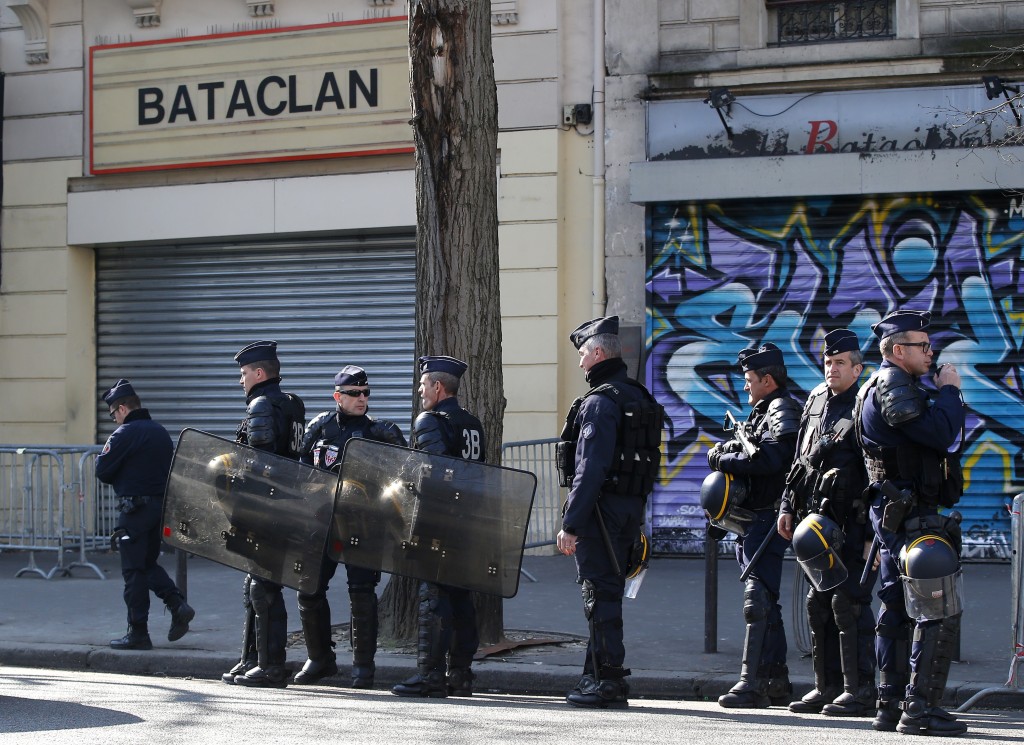 French lawmakers leading an investigation into the deadly Nov. 13 terror attacks in Paris and some first responders at the Bataclan hall that night returned Thursday morning to re-enact the horror that left 130 people dead across the capital.

The exercise aims to shed light on what happened when three terrorists claiming allegiance to the Islamic State group opened fire during a jam-packed concert. The investigation is intended to help France avoid a repeat of the attacks.

The Bataclan’s gate opened briefly Thursday to allow two dozen people inside. Moments before, the mother of a young man killed that night appeared outside the entrance to complain about a process she said was both unnecessarily painful and did little to help families understand what happened to their loved ones.

The families of victims were not allowed inside Thursday.

“We parents still don’t know what time our children died, what their wounds were. On my son’s death certificate, it says he died between Nov. 13 and Nov. 14,” Nadine Ribert-Reinhart said. “It’s a farce.”

Before entering, Georges Fenech, president of the parliamentary commission, said the lawmakers would observe a minute of silence inside before beginning their work alongside the elite police special forces and other first responders that night.

“We will, with them, see chronologically how they intervened and answer the questions that the investigation commission has, that all the victims, the families have, and all the French as well,” Fenech said.

Later Thursday, in the south of France, officials will stage a fake bombing on a mock crowd reminiscent of the suicide attacks on the French national stadium outside Paris also carried out Nov. 13. That is part of efforts to prepare for a major European event, which France will host in June.