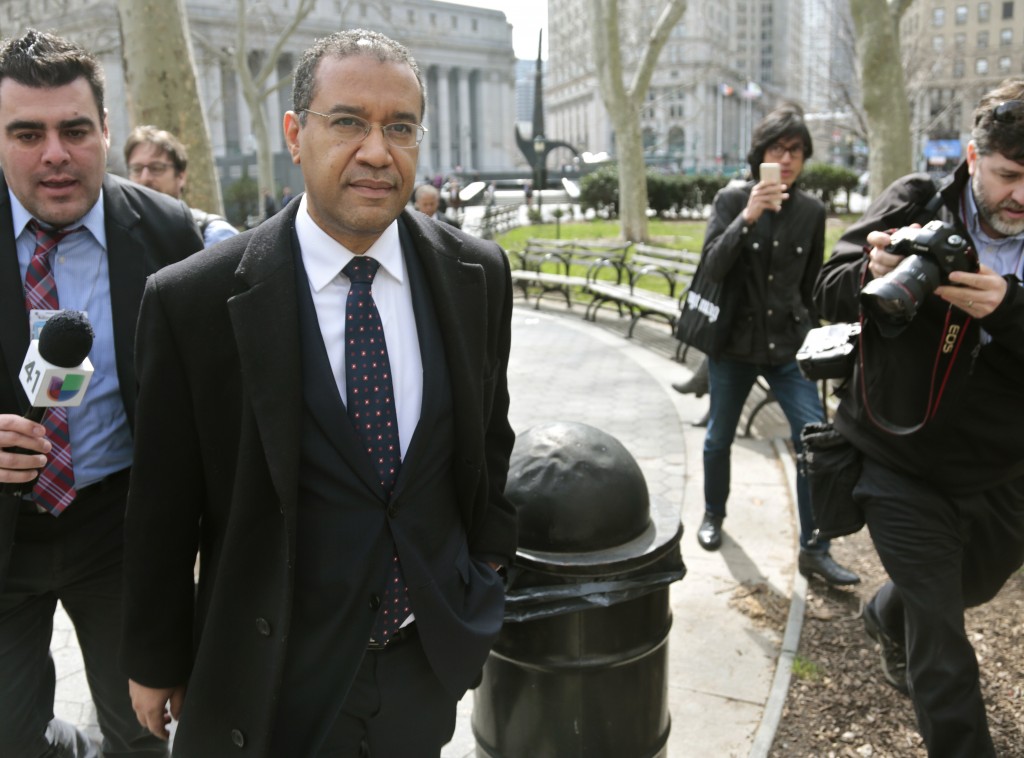 A U.S. citizen who served as a foreign diplomat from the Dominican Republic pleaded guilty Wednesday in a United Nations bribery case, agreeing to cooperate with the government against co-defendants who include a former U.N. General Assembly president and a Chinese billionaire.

Lorenzo told U.S. District Judge Vernon Broderick that he facilitated the payment of bribes to others and accepted payments himself from Chinese businessmen, including billionaire Ng Lap Seng.

Lorenzo, who was suspended as a deputy ambassador from the Dominican Republic after his arrest, admitted that some of the bribes were paid to John Ashe when Ashe served as General Assembly president for parts of 2013 and 2014.

He also agreed with a prosecutor who described the allegations against him, including that some of the bribes were paid to gain Ashe’s support for the construction of a U.N.-sponsored conference center that Ng hoped to build in his hometown of Macau. Prosecutors have said Ashe, a former U.N. ambassador from Antigua and Barbuda, received over $1 million in bribes.

Ashe, of Dobbs Ferry, New York, and Ng have each pleaded not guilty and are free on bail. Ng is under 24-hour security, confined to a Manhattan apartment.

Outside court, Lorenzo declined to comment. His lawyer, Brian Bieber, said his client decided to plead guilty after seeing the government’s evidence.

Benjamin Brafman and Hugh Hu Mo, attorneys for Ng who attended the plea proceeding, said in a statement read by Brafman outside court that Lorenzo’s plea “does not in any way affect Mr. Ng’s determination to proceed to trial. Mr. Ng strongly maintains he is innocent of the charges.”

Lawyers for Ashe did not immediately return a message seeking comment.

The plea by Lorenzo came weeks after Broderick ruled that he could not use claims of diplomatic immunity to shield himself from charges, in part because he was a U.S. citizen.