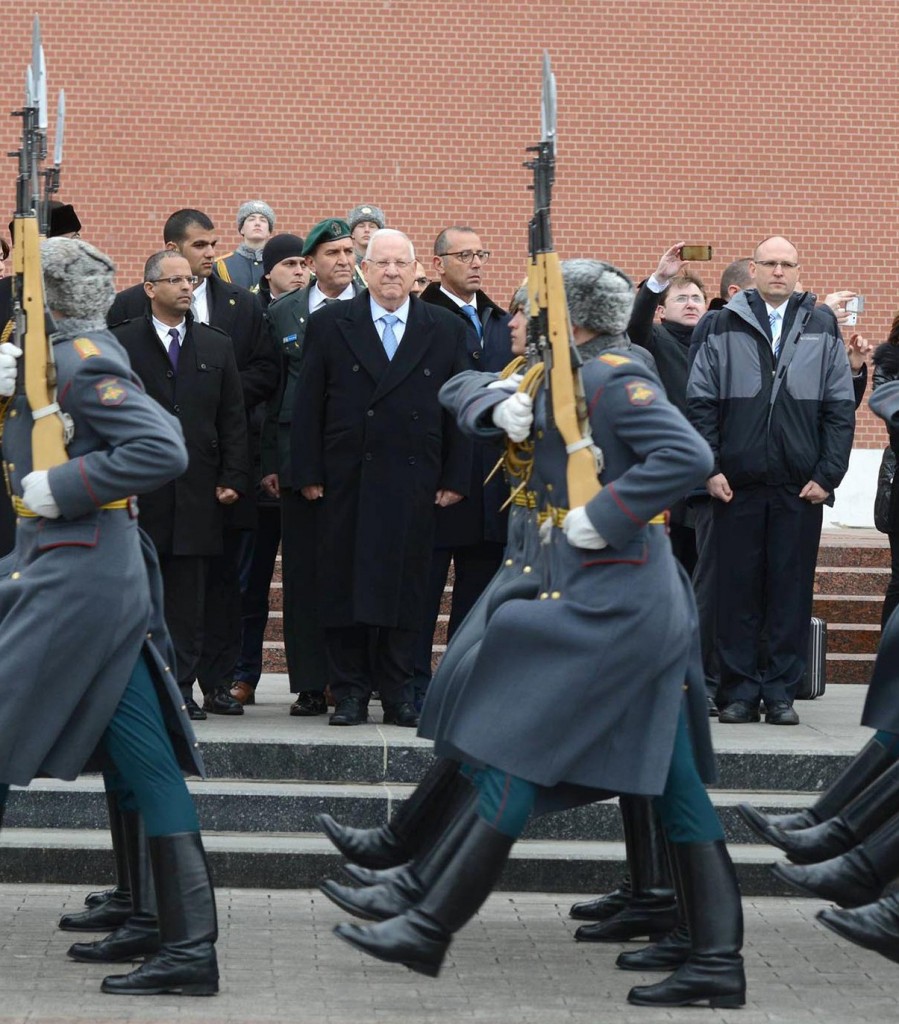 President Reuven Rivlin will ask Russia on Wednesday to ensure that its partial pullout from Syria does not embolden Iranian and Hizbullah forces there, an Israeli official said.

In his afternoon talks with Putin, Rivlin will “seek assurances that Russia will not allow its Syria withdrawal to bolster Iran and Hizbullah,” an aide to the Israeli president told Reuters.

Rivlin, whose role is largely ceremonial, conferred with Prime Minister Binyamin Netanyahu before departing for Moscow, the aide added.

Israel deems Hizbullah its most potent enemy, and worries that the Iranian-backed terrorists, who hold sway in southern Lebanon, are also becoming entrenched on its Syrian front and acquiring advanced weaponry from Damascus.

Though formally neutral on the civil war, Israel has carried out occasional air strikes in Syria to foil suspected Hizbullah arms transfers.

Israel has also fired into Syria across the Golan Heights frontier zone in response to spillover shelling or deliberate attacks by Iranian-linked militias.

When Russia began its Syria intervention last year, Netanyahu was quick to set up an operational hotline with Putin to prevent Israel from accidentally coming to blows with Moscow.

On Tuesday, the Russian deputy ambassador to Israel said the countries would continue their military coordination on Syria.

“We will also do everything so that Israel’s national security interests are not harmed in the process,” the envoy, Alexey Drobinin, said.