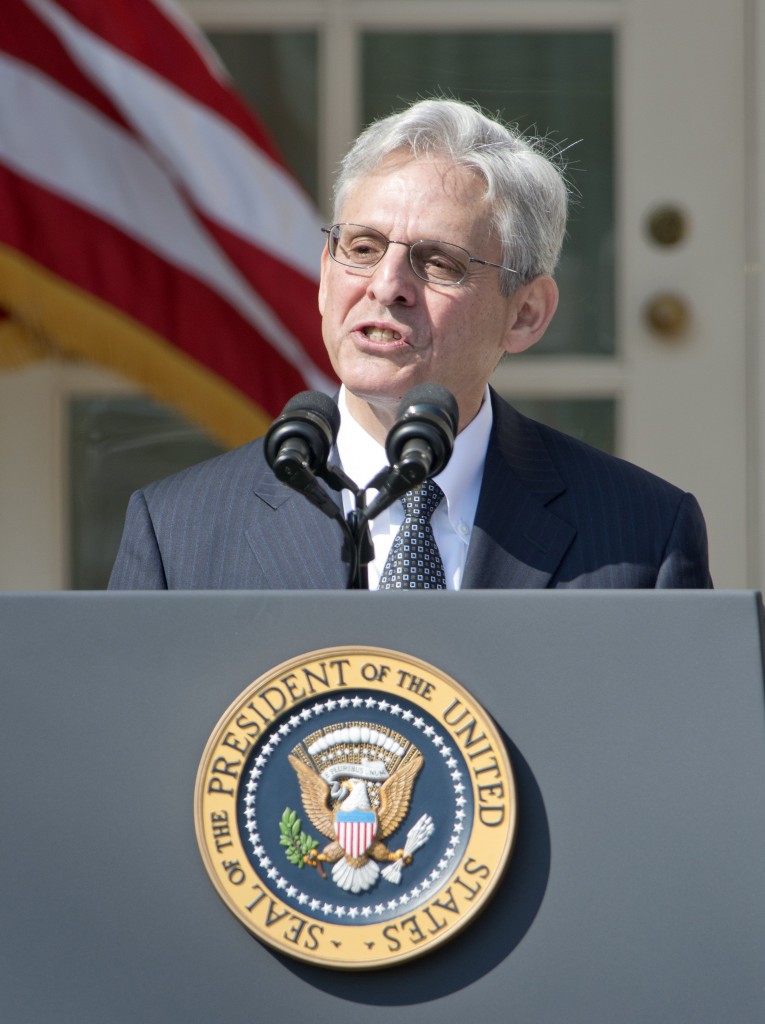 Merrick Garland, chief judge of the U.S. Court of Appeals for the District of Columbia, can claim to be the American jurist most qualified to move up to the Supreme Court.

In his case, the promotion would involve moving just a few blocks away on Capitol Hill.

But both physically and politically, his path to the Supreme Court must now pass through the U.S. Senate building. And whether he can complete the short trip remains unclear.

Garland, 63, is one of the most respected and best-liked judges in Washington, among Republicans as well as Democrats. And he has been seen as a potential Supreme Court nominee since the late 1990s.

President Barack Obama considered Garland for the high court previously, but wanted to keep him in reserve in case Democrats lost the Senate majority and Obama needed a nomination that Republicans would have difficulty defeating.

In 2014, Republicans took the Senate majority, and on Wednesday the president decided the current tough political climate meant it was time to finally bring out Garland’s nomination.

At 63, Garland was seen by some as too old for the high court, because presidents nowadays typically prefer to elevate younger judges who can have an impact for several decades. If confirmed, he would be the oldest justice in four decades.

And in most such cases, Garland can be counted upon to uphold government regulations against industry challenges in areas such as environmental protection, consumer protections or worker’s rights. He also usually votes to uphold criminal convictions.

Until recently, Republican appointees held the majority on the D.C. circuit.

Garland, a moderate-to-liberal jurist, found a way to work with them, often by crafting narrow opinions. He asks probing questions of lawyers, but in a courteous manner. And his opinions are careful and moderate in tone.

Previously Garland was a top lawyer in the Justice Department in the Clinton administration, and he led the team that investigated and prosecuted Oklahoma City bomber Timothy McVeigh, arriving on the scene even as first responders were still removing bodies.

In many ways, Garland fits with what Obama said he was looking for to replace the late Antonin Scalia.

“First and foremost, the person I appoint will be eminently qualified,” Obama said. “I’m looking for a mastery of the law.”

As a prosecutor in Washington, D.C., and later a judge in the 1990s, Garland earned a reputation for being assertive and hands-on but with a friendly demeanor and willingness to pitch in whenever needed.

After leaving the U.S. Attorney’s Office in Washington to take a position at the Department of Justice, he learned one of his former prosecutions was being appealed. Since he knew the ins-and-outs of the case so well, he called the prosecutor in charge of the appeal and asked if he could take over the arguments.

“I let him do it and he was brilliant,” said Mary Pat Brown, a former top federal public corruption prosecutor who worked with Garland. “He just really cared about the case.”

As a prosecutor and judge, Garland worked hard to build consensus and was always modest. For example, Brown said, Garland often insisted that many lawyers call him by his first name rather than “judge.”

“He is charming, funny, smart, very friendly,” Brown said. “He definitely is unassuming.”

After Garland was tapped to become an appeals judge, Sen. Orrin G. Hatch of Utah, the Republican chairman of the Judiciary Committee, spoke glowingly in 1997 of the future Supreme Court nominee.

“To my knowledge, no one, absolutely no one disputes the following: Merrick B. Garland is highly qualified to sit on the D.C. circuit. His intelligence and his scholarship cannot be questioned,” Hatch said during an executive session of his committee.