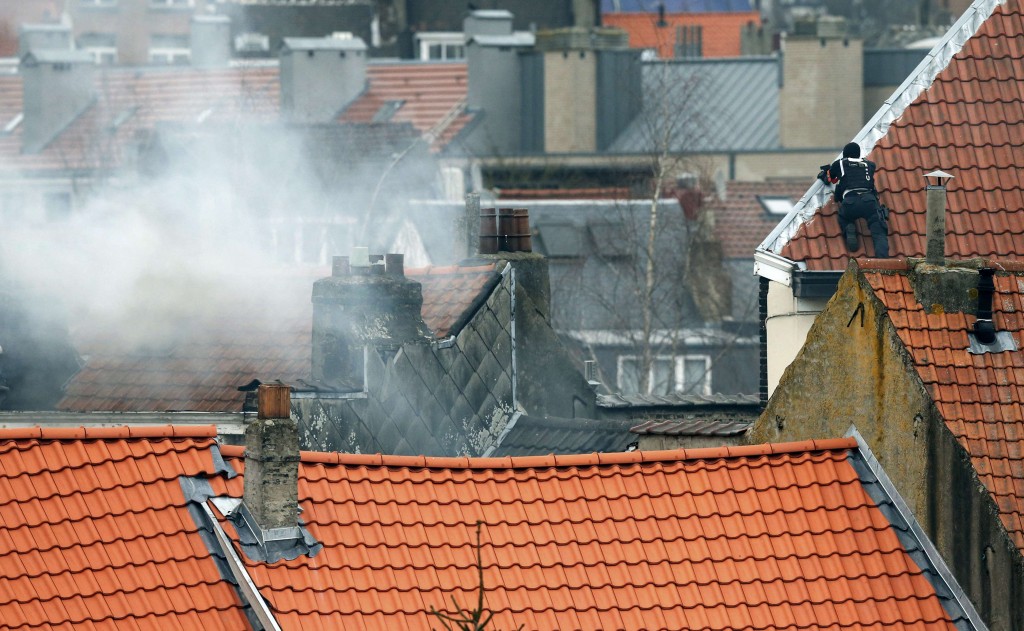 Belgian authorities identified the gunman killed in a raid targeting suspects in the Paris attacks as a 35-year-old Algerian and said police had detained two others while finding an Islamic State flag at the scene.

Investigators believe much of the planning and preparation for the Nov. 13 shooting and bombing rampage in Paris that killed 130 people was conducted in Brussels by young French and Belgian nationals, some of whom fought as terrorists in Syria.

On Tuesday, six Belgian and French police officers arrived to search a flat in a Brussels suburb and came under a barrage of automatic weapons fire through a door from at least two people barricaded inside, injuring four officers.

A special forces sniper shot dead gunman Mohamed Belkaid when he tried to fire at police from a window, prosecutors said.

They said a Kalashnikov assault rifle and a book on Salafism, a radical branch of Islam, were lying next to Belkaid’s body, and that he had been living illegally in Belgium though was known to police only for a case of theft in 2014.

Investigators were holding a man admitted to hospital near Brussels with a broken leg that required surgery. The person who brought him to hospital fled as local police arrived.

Another suspect was detained for questioning after a further house search near the scene of the shooting.

“The threat remains,” Michel said, adding that Belgium would review its level of alertness and consider possible extra measures during the day.

Police searched nearby buildings through the night in the Brussels borough of Forest but did not confirm Belgian media reports that they were hunting for two additional suspects.

Local mayor Marc-Jean Ghyssels told public broadcaster RTBF that police searches in Forest were over: “The area is totally cleared, totally secured, and operations have ended,” he said.

People living in the area, who suffered hours of lockdown after the initial operation turned into a firefight, said they were shocked at the turn of events in their quiet neighborhood.

One of the prime suspects, 26-year-old Brussels-based Frenchman Salah Abdeslam, is still on the run. He left Paris hours after his brother blew himself up outside a cafe. Belgian authorities have arrested 10 people in the months since the attacks, most of them for helping Abdeslam.

Brussels, headquarters of the European Union as well as the Western military alliance NATO, was entirely locked down for days shortly after the Nov. 13 Paris attacks, for fear of a major incident there. The city has maintained a high state of security alert since then, with military patrols a regular sight. Investigators believe that much of the planning and preparation for the Paris assault was conducted in Brussels by young French and Belgian nationals, some of whom fought in Syria.

Belgium, with a Muslim population of about 5 percent among its 11 million people, has the highest rate in Europe of citizens joining Islamist terrorists in Syria.