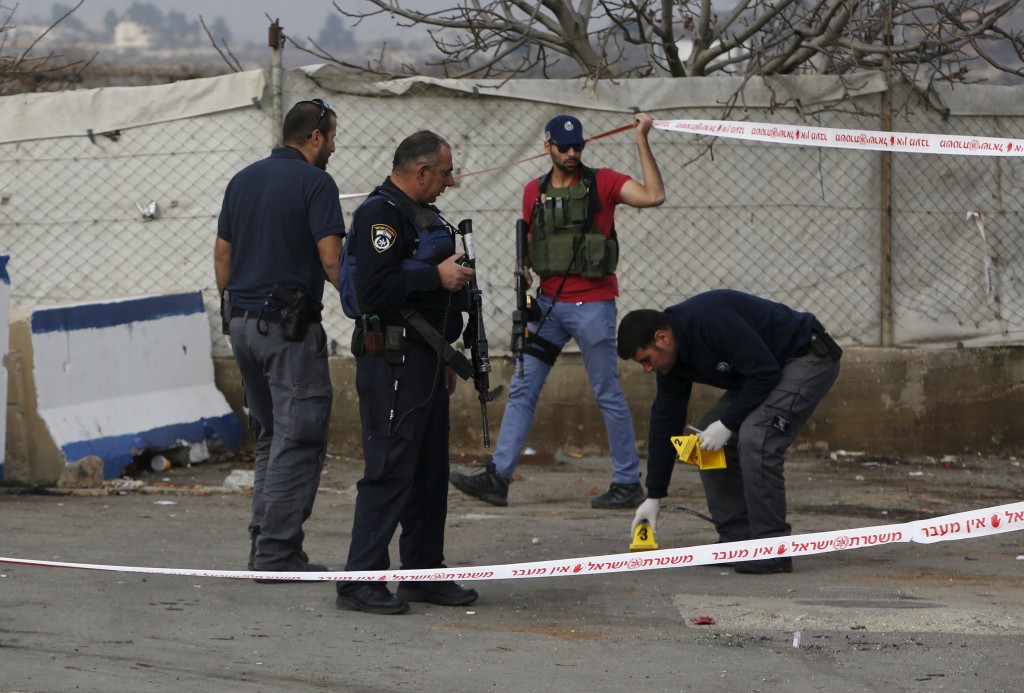 An IDF soldier was involved in an incident in which a passerby tried to stab him at the entrance to the Sdeh Dov airfield in north Tel Aviv Tuesday afternoon. What police thought at first was a terror attack turned out to be a case of a drunken passerby who tried to push a soldier. The soldier pushed back, and the attacker ran away.

Reports claimed that the soldier had been attacked by a terrorist who stopped his vehicle, and drove away after the soldier avoided his attack. A widespread manhunt was organized, and for several hours police insisted that schools in the area keep their students inside classrooms, for fear that the alleged terrorist was on the loose.

After several hours, police called off the search – and the unofficial state of emergency, saying that the incident had nothing to do with terror, and was just a scuffle between a drunken individual and the soldier. The soldier’s attacker was arrested and questioned.

Earlier, security forces arrested a 17-year-old Arab female who was caught carrying a large knife near the Tapuach Junction in the Shomron. The terrorist, a Jenin resident, was caught before she could carry out the attack, due to intelligence information soldiers received about her intentions. She was searched and the soldiers found the knife. She was detained for questioning by security officials.