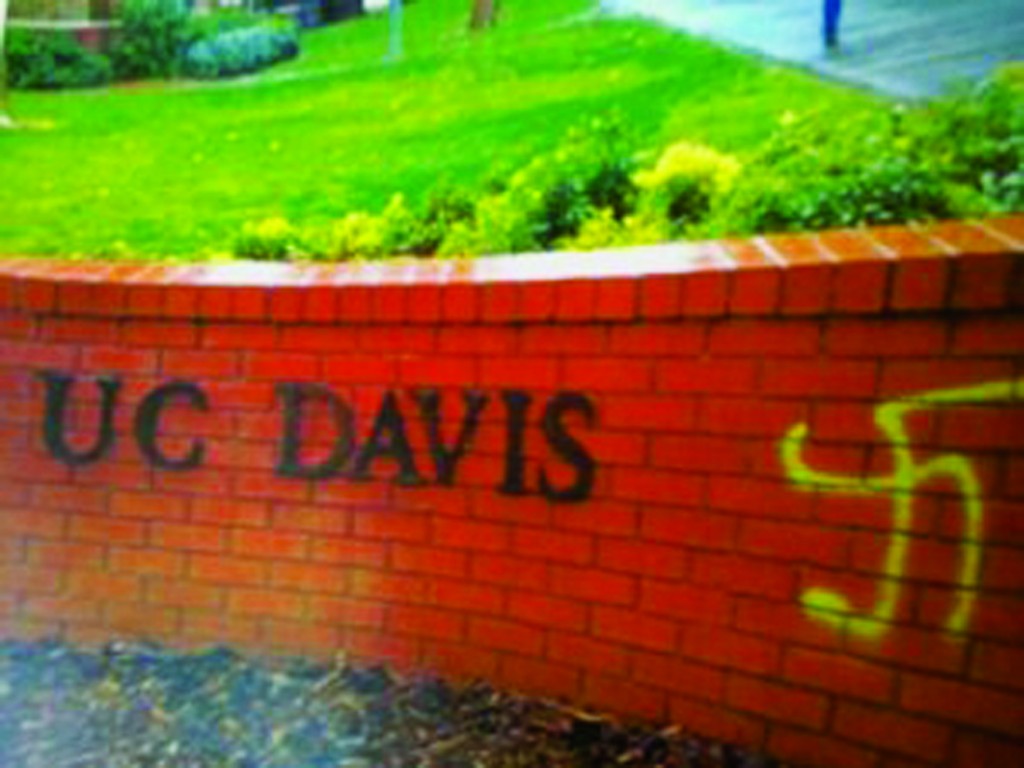 A study released this week presents statistics supporting what many advocates in the broader Jewish community have long pointed to: a direct connection between anti-Israel activity and incidents of anti-Semitism against Jewish students on college campuses. The analysis was carried out and published by the AMCHA Initiative, an organization that studies and fights anti-Semitism in institutions of higher learning in the United States.

Tammi Rossman-Benjamin, AMCHA’s founder and director, told Hamodia that while their research had few surprises for those who have been following the issue closely, it “makes a compelling case from a more objective perspective.” Other similar studies that measured levels of anti-Semitism relied on samples of students answering questions about attitudes towards Jews and Jewish issues, as well as the level of anti-Semitism Jewish students themselves reported experiencing. This is the first such analysis based on documented occurrences of anti-Israel and anti-Jewish incidents.

The goal of the study was to provide evidence that movements such as BDS, Students for Justice in Palestine, and other expressions of strong anti-Israel sentiment have a direct correlation with verbal and physical assaults that target Jewish students.

“Correlation does not always mean causation, but when BDS lines up with Jewish students getting hurt, it’s sort of a no-brainer,” said Rossman-Benjamin.

While she felt that most results were relatively predictable, one notable “curiosity” of the study is the strong relationship between faculty who express strong anti-Israel views inclluding endorsing boycotts and amounts of anti-Jewish acts.

“They [faculty] are looked at as the experts, as scholars, and if they use their classrooms as a bully pulpit to incite hatred against Israel, that message gets carried over into the actions of [students],” she said.

Statistical analysis quoted in the report says that the correlation level between anti-Israel movements and anti-Semitic acts is such that there is only a 1-in-1,000 chance that the two trends are unassociated.

Mrs. Rossman-Benjamin said that the goal of the study’s publication is to raise awareness of the issue and push college administrators to acknowledge and address it on campuses.

“This is not about Israel, Palestinians, settlements and the like, which is all fair game for debate — but no one can favor Jewish students being assaulted,” she said. “Once we understand the evidence that links things like BDS to students being harmed, that is something we should all agree that we have to act on.”