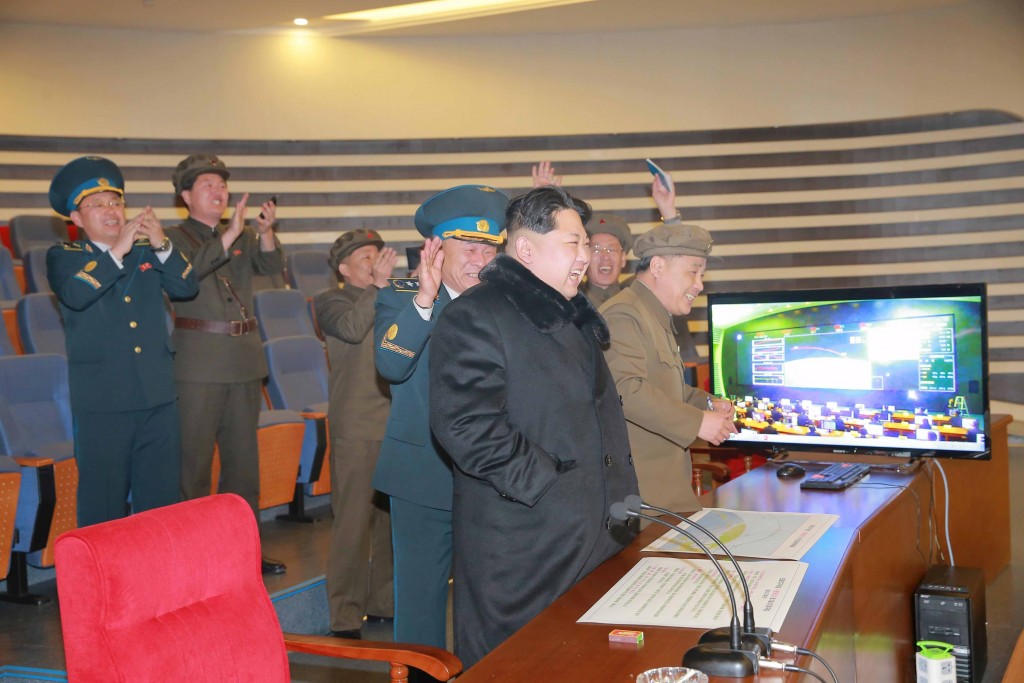 North Korean leader Kim Jong Un has warned of impending tests of a nuclear warhead and ballistic missiles capable of carrying atomic warheads, state media reported Tuesday, in an escalation of threats against Seoul and Washington.

The warning came as North Korea said it had made a breakthrough in its pursuit of a long-range missile capable of striking the U.S. mainland. South Korea says the North has yet to develop a functioning intercontinental ballistic missile.

Kim issued the order for the tests “in a short time,” according to the Korean Central News Agency. The KCNA report did not say whether Kim gave specific dates for the tests.

It is not clear if the tests would happen soon, given that any tests would likely invite harsher international sanctions. The country was hit by the toughest U.N. Security Council sanctions in two decades in early March after a nuclear test and long-range rocket launch was conducted earlier this year.

Some of the North’s recent rhetoric was seen intended for a domestic audience to display government strength ahead of a major meeting of the ruling party in May.

In the past, North Korea has typically conducted nuclear tests and rocket launches every three to four years.

Even if the tests happen, analysts in Seoul said the nuclear warhead explosion that Kim referred to will likely be just a test of a warhead containing only a trigger device but lacking plutonium or uranium. They said the North could also launch shorter-range missiles, but not one with an intercontinental range.

Pyongyang, known for its trademark fiery rhetoric in times of tension with the outside world, has been stepping up its threats after Washington and Seoul last week began annual military drills that the North views as an invasion rehearsal. The drills, set to run until late April, are the largest ever.

Last Wednesday, North Korea’s main newspaper printed photos of what appeared to be a mock-up of a nuclear warhead. State media on Friday quoted Kim as having ordered more nuclear explosion tests but again didn’t say when they would occur.

Kim said “a nuclear warhead explosion test and a test-fire of several kinds of ballistic rockets able to carry nuclear warheads will be conducted in a short time to further enhance the reliance on the nuclear-attack capability,” KCNA reported.

He made the comments while guiding a successful simulated test of a re-entry vehicle, which is needed to return a warhead safely back into the Earth’s atmosphere from a long-range missile launch.

Information from secretive, authoritarian North Korea is often impossible to confirm and there is virtually no way to check how genuine its claims are on developing re-entry vehicle technology.

Seoul’s Defense Ministry described North Korea’s claims as “unilateral,” saying the country has not developed re-entry vehicle technology. Spokesman Moon Sang Gyun said the assessment is based on an analysis of South Korean and U.S. intelligence. He declined to elaborate.

Analyst Lee Choon Geun at South Korea’s state-funded Science and Technology Policy Institute said the North might put an empty warhead on a rocket and test-fire it to see if the warhead survives the re-entry and detonates as planned.

While the North might test-fire shorter-range missiles with ranges of 1,000 kilometers (620 miles) or less, it is unlikely that it would test a rocket with intercontinental range since that would probably have to fly over neighboring countries, said Jin Moo Kim, an analyst at the government-funded Korea Institute for Defense Analysis in Seoul.