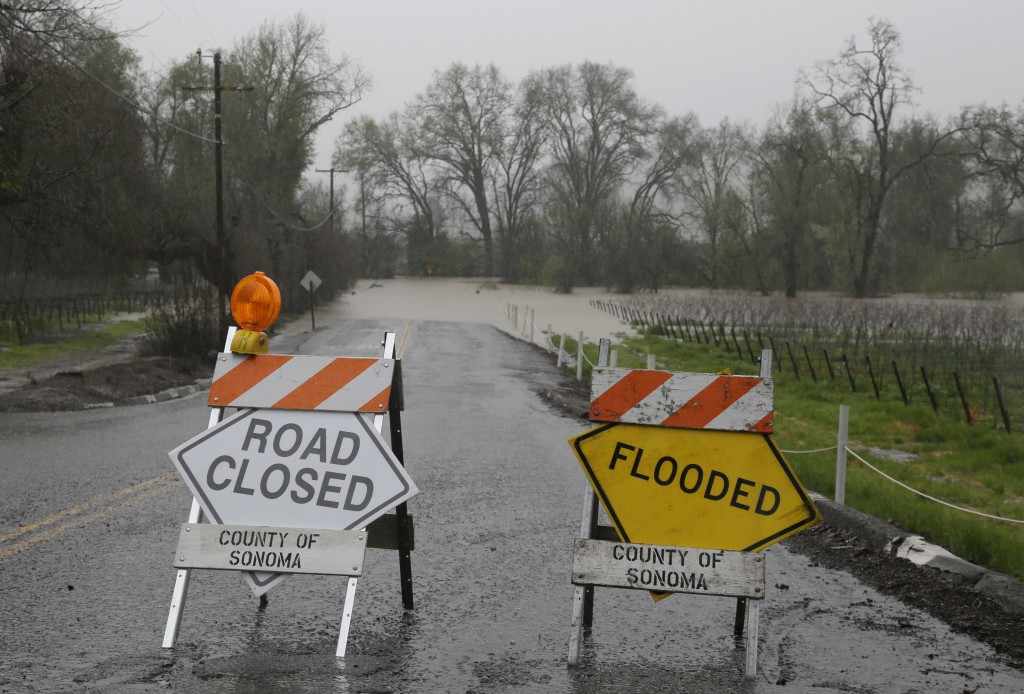 Ever since a series of winter storms began dumping rain and snow in Northern California last year, officials have been looking for tangible signs that all those storms were making a dent in the state’s four-year drought.

The rising reservoirs, along with growing snowpack in the Sierra Nevada, are important because both are key sources of water for California.

“It’s definitely a step in the right direction, but it’s not a panacea. We’re not saved,” said Shane Hunt, a spokesman with the federal Bureau of Reclamation, which oversees Lake Shasta, the state’s largest reservoir. “We dug a pretty big hole in a lot of spots.”

Together, the Lake Shasta and Lake Oroville reservoirs have a capacity of more than 8 million acre-feet of water. After a wet weekend in Northern California, Lake Shasta was above its average for this time of year, and by Monday afternoon, Lake Oroville had surpassed its historical average, said Department of Water Resources spokesman Doug Carlson.

Some people have referred to the recent storms that have dumped rain and snow on the Sierra Nevada as the “March Miracle.”

“It’s happened a little quicker than I personally thought,” Carlson said. “It would appear the (seasonal storms) have really achieved what they historically do, which is deliver a lot of rainfall to the mountains.”

Neither reservoir has reached its historical average in nearly three years, data show.

“I don’t know if people here will be dancing in their cubicles when (Oroville) hits the historic average, but it will be the first time it’s done that for the duration of the drought. That is reason to be joyous,” Carlson said.

Other reservoirs across the state are also doing well. Once-anemic Lake Folsom is now at 116 percent of historical average for the date and at 69 percent of total capacity.

According to the National Weather Service, it rained nearly a foot in El Dorado County and more than 9 inches in Shasta County between Friday and Monday mornings. Since March 1, the Shasta reservoir has received more than 16 inches.

If the soggy month continues, both reservoirs could fill to the brim by April, officials say. Neither reservoir has been full since about the beginning of the drought, officials said.

The Shasta reservoir would need an additional 1 million acre-feet of rain to reach its capacity.

“It’s possible that it could fill if the wet pattern continues. … It’s on track to at least get to average storage” for that time of year, Hunt said.

After four years of drought, even hitting a 15-year historical average for a California reservoir is a sign of progress, experts say.