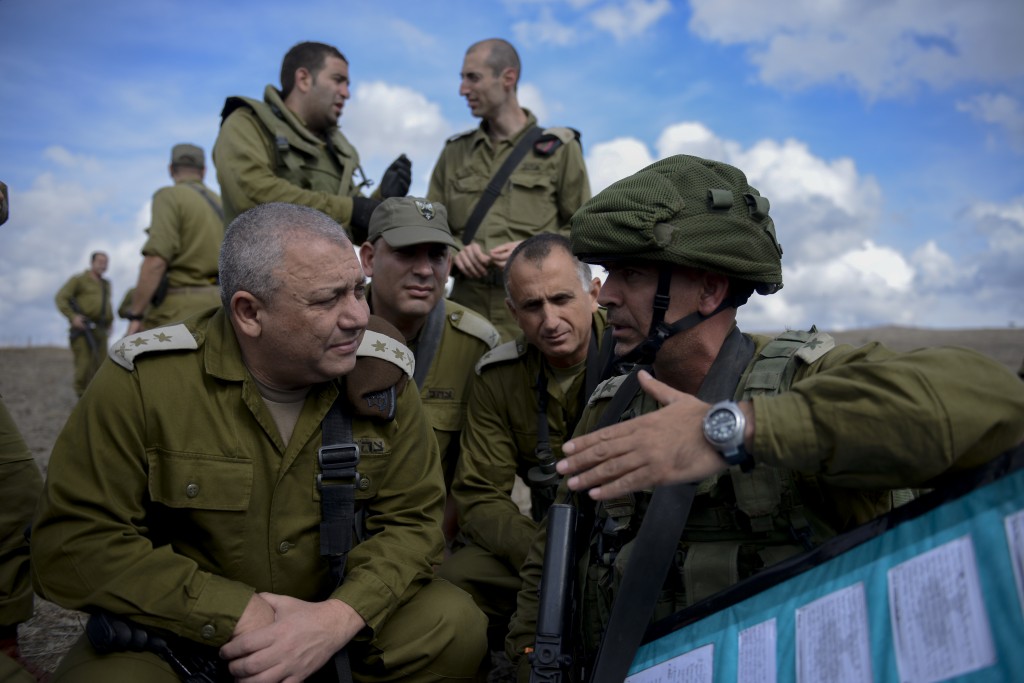 The Israeli military and the Palestinian Authority are together seeking a way to cut back on counter-terror raids, in order to maintain security cooperation, army chief Gadi Eisenkot told the Knesset on Tuesday.

The raids of terrorist suspects, which have been stepped up in response to six months of Palestinian terror, are being met with increasing hostility and violence on the part of the local population, a trend that concerns IDF officials.

However, the PA recently rejected an Israeli proposal to call off IDF operations in Ramallah and Yericho, and instead demanded a halt to operations in all areas controlled by the Palestinian governing body.

Sources told The Times of Israel that the proposal, made in late February, was intended as an opening to improved security coordination, and said only later would the government consider applying a similar measure to other areas in Yehudah and Shomron.

PA officials insisted instead on a timetable for full cessation of IDF activities in Palestinian-controlled territories.

Eisenkot informed the Knesset Foreign Affairs and Defense Committee that current consultations with the Palestinians are security-oriented and unconnected to any formal peace initiative.

“Israel would prefer not to have to conduct military operations inside [PA-controlled] Area A. From our perspective, it would be preferable that the Palestinian security services do what they are supposed to do and prevent terrorist operations against Israel from Area A,” a defense official was quoted as saying.

“The purpose of these discussions is to boost the security effectiveness in the region while examining the possibility of reducing the number of incursions by IDF soldiers in Area A,” the IDF chief said. “These talks are in their initial stages.”

“In any event, the IDF does not go into Area A on a regular basis, but it enters these places solely when it is necessary from an operational standpoint,” he said.

“Similar discussions were held in the past when I was the commander of Yehudah and Shomron, so there is nothing new in this idea. The IDF continues to maintain complete freedom of action on the ground.”

Ze’ev Elkin (Likud), a member of the Defense-Security Cabinet, was not reassured by the army chief’s words.

“I am completely against the idea of ​​reducing the army’s defensive operations in Area A and the transfer of responsibility to the Palestinian security forces, at a time when Palestinian terrorism is raising its head,” Elkin said.

“It’s time that our defense leadership finally understands that the responsibility for the security of Israeli citizens should be placed on the IDF and our security forces and not on the Palestinian security forces who will not do the job for us.”

Elkin said he “demands that the Defense Minister immediately update the Cabinet on the negotiations that took place behind our backs and stop any progress in this dangerous direction without a thorough discussion and approval of the Cabinet.”