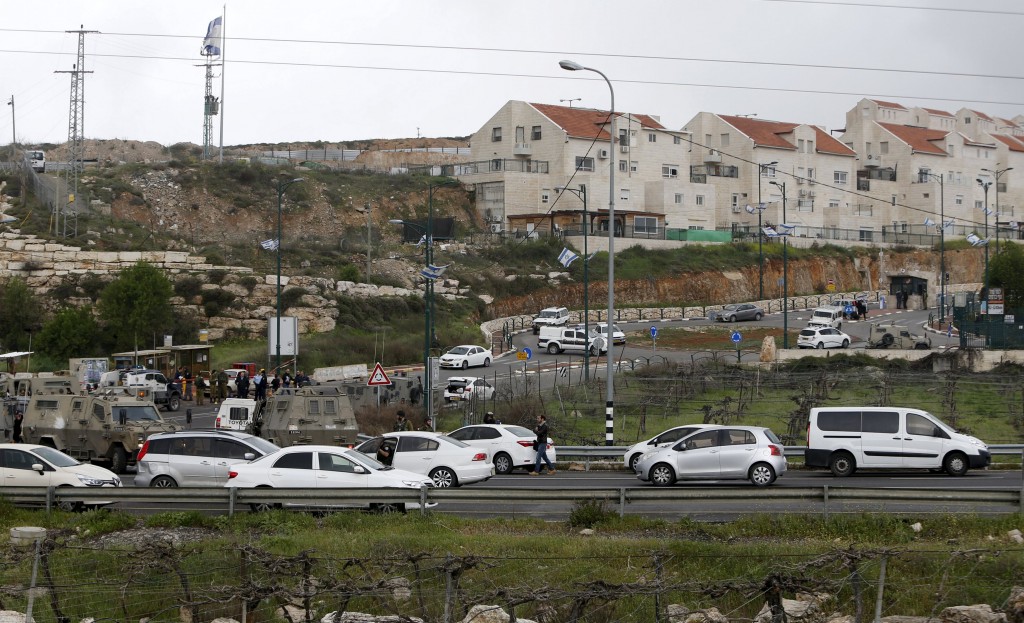 Three Israelis were wounded early Monday in two separate terror attacks at the entrance to Kiryat Arba. In both instances, Arab terrorists attempted to ram their vehicles into a group of Israelis waiting for rides outside the town, and in the second instance an Arab also opened fire on the group.

Two of the Palestinians, armed with a handgun and an improvised machine-pistol, were killed after opening fire at civilians and soldiers who were waiting at a bus stop outside the village of Kiryat Arba, the army said. One soldier was wounded.

Minutes later, the third Palestinian rammed a car into a military vehicle at the scene and was shot, the army said. Two soldiers were hurt in the second incident, the army said, adding that two knives were found on the motorist’s body.

In both instances, the terrorists were shot dead by IDF soldiers.

The wounded were treated on site and taken to hospitals in Yerushalayim for further treatment. Three terrorists were shot fatally in the two incidents by IDF soldiers who opened fired on them.

Speaking on Israel Radio, Public Security Minister Gilad Erdan said that “we are still very concerned about the terror wave and especially the increased use of weapons in these attacks, but I am sure that the efforts of police and security officials to capture these terrorists using novel methods, such as following them on social media, will bring to an end this terror wave, as we have brought them to an end in the past.”