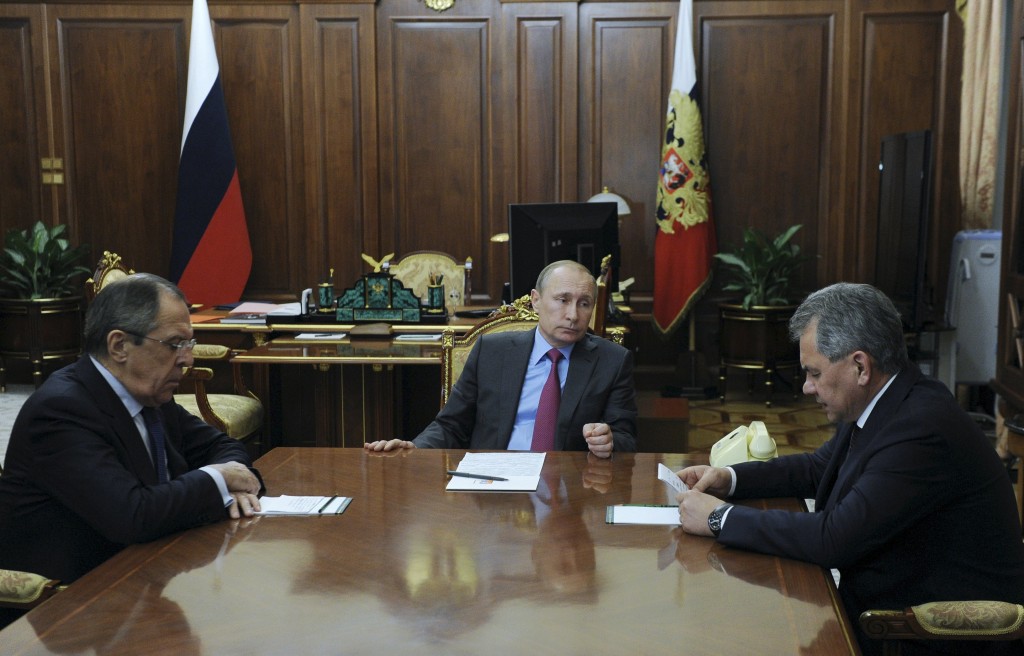 President Vladimir Putin said on Monday “the main part” of Russian armed forces in Syria would start to withdraw, and instructed his diplomats to step up the push for peace as U.N.-mediated talks resumed in Geneva on ending the five-year war.

Syria announced President Bashar al-Assad had agreed on the “reduction” of Russian forces in a telephone call with Putin. Western diplomats urged caution and the anti-Assad opposition expressed bafflement, with a spokesman saying “nobody knows what is in Putin’s mind”.

Russia’s military intervention in Syria in September helped to turn the tide of war in Assad’s favor after months of gains in western Syria by rebel fighters, who were aided by foreign military supplies including U.S.-made anti-tank missiles.

Putin’s announcement — made without any advance warning to the United States — dropped out of the blue.

At a meeting with his defense and foreign ministers, Putin said Russian forces had largely fulfilled their objectives in Syria. But he gave no deadline for the completion of the withdrawal and said forces would remain at a seaport and airbase in Syria’s Latakia province.

Later Monday, Putin and U.S. President Barack Obama discussed the& Syria crisis by phone on Monday, the Kremlin said in a statement.

In Geneva, United Nations mediator Staffan de Mistura warned the warring parties there was no “Plan B” other than a resumption of conflict if the first of three rounds of talks which aim to agree a “clear roadmap” for Syria failed to make progress.

Putin said at the Kremlin meeting he was ordering the withdrawal from Tuesday of “the main part of our military contingent” from the country.

“The effective work of our military created the conditions for the start of the peace process,” he said. “I believe that the task put before the defence ministry and Russian armed forces has, on the whole, been fulfilled.”

With the participation of the Russian military, Syrian armed forces “have been able to achieve a fundamental turnaround in the fight against international terrorism,” he added.

Kremlin spokesman Dmitry Peskov said Putin had telephoned the Syrian president to inform him of the decision, but the two leaders had not discussed Assad’s future — the biggest obstacle to reaching a peace agreement.

The move was announced on the day United Nations-brokered talks involving the warring sides in Syria resumed in Geneva.