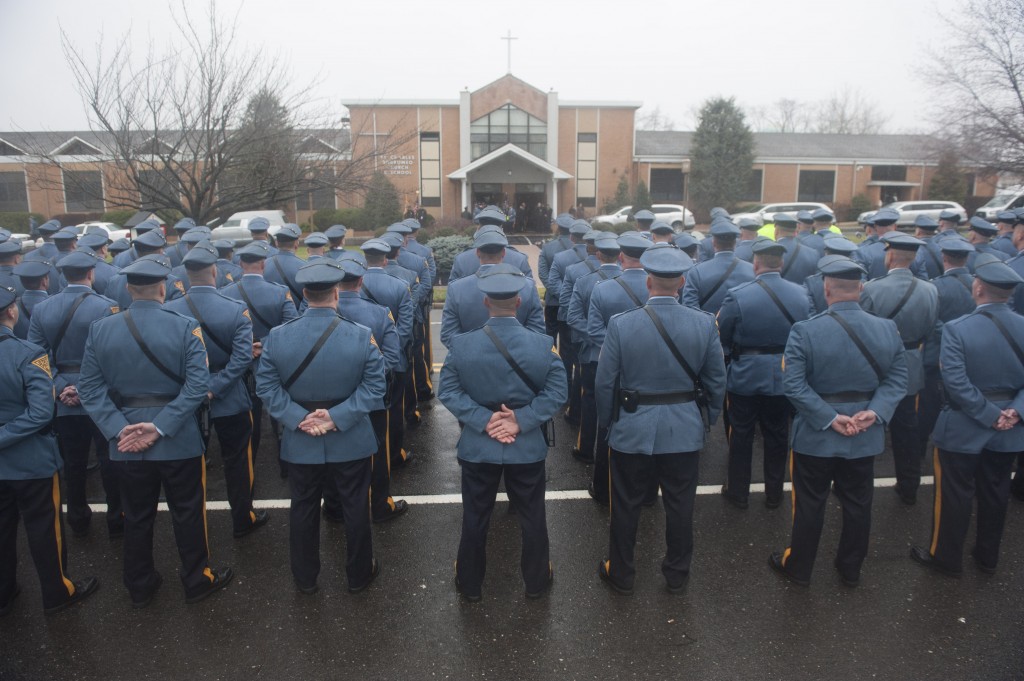 A New Jersey state trooper who was fatally struck by a passing motorist last week has been laid to rest.

Hundreds of mourners gathered Monday in Cinnaminson for Sean Cullen’s funeral. The 31-year-old trooper, who was born in Dublin, Ireland, had been a trooper for about two years.

Cullen died Tuesday, a day after he was injured on Interstate 295 in Deptford Township while responding to a car fire. Several fire and police vehicles had emergency lights on, and Cullen was walking near the crash when he was struck.

Lt. Gov. Kim Guadano attended the funeral in place of Gov. Chris Christie, who was campaigning out of state for Republican presidential candidate Donald Trump on Monday. It was the third funeral for an officer that Christie has missed since December.