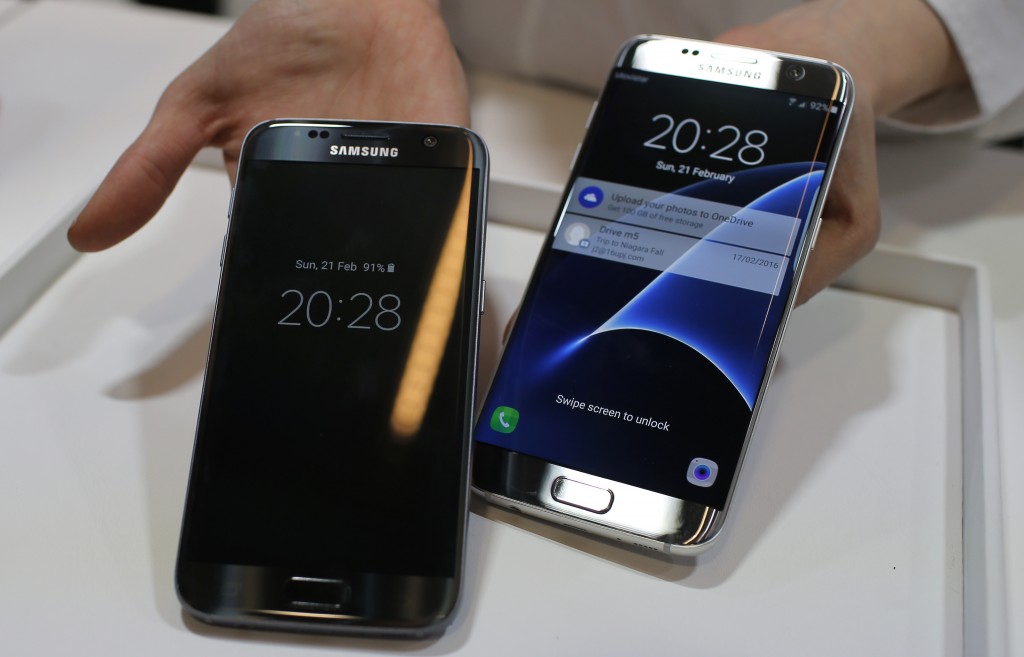 You can dunk Samsung’s new smartphones in water, but don’t drop them on a sidewalk, a new study finds.

SquareTrade, a company that offers extended-protection plans for gadgets, said the Galaxy S7 and S7 Edge still functioned after being submerged in water for 30 minutes. Audio was “permanently muffled and distorted” after the dunking, but the Samsung phones still outlasted Apple’s iPhones in SquareTrade’s water tests.

The study, released Monday, also found that Samsung’s new phones are more prone to breaking than the iPhone 6S, which survived 30 seconds in a tumbling test chamber, similar to a dryer without heat. The test is meant to mimic repeated drops, which often happens to phones. Both Samsung models had minor cracks on the screens and significant damage to their backs. The iPhone 6S Plus, a larger version of the 6S, did worse. Its screen completely shattered in SquareTrade’s tests.

Samsung Electronics in Seoul, South Korea, would not comment on the study.

The new Samsung phones came out Friday. They’re not designed to be used underwater – the touch screens don’t function until dry – but Samsung promises that the phones can still work after spending up to 30 minutes in up to five feet of water.

That covers accidental drops in toilets and bathtubs, and exposure in a rainstorm, though pools and oceans may introduce other contaminants, such as chlorine and salt.