By Lisa Lerer and Ken Thomas 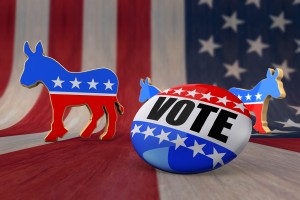 When Hillary Clinton dueled with Barack Obama for the Democratic presidential nomination in 2008, their fight eventually yielded to a largely unified party. Obama said the process made him a stronger candidate and he later persuaded Clinton to become his secretary of state.

Eight years later, Clinton is again in a lengthy primary that seems certain to extend longer than most people imagined. But how the fight against Bernie Sanders positions her for what’s expected to be an ugly fall election remains far less clear.

Clinton aides insist there’s little they will do to push Sanders from the race, but they are beginning to show signs of impatience with what they perceive as the increasingly negative tone of his campaign.

“We would like to wrap it up as soon as possible,” Clinton communications director Jen Palmieri said hours before Sanders’ startling victory in Michigan last week. “You don’t want to let them have a head start on the general [race].”

Clinton and her allies had hoped to switch much of their focus to the general election after Tuesday’s primary contests, but that plan was thrown into doubt after her loss in Michigan.

Democratic strategists wanted to use the spring to settle on early lines of attack against GOP front-runner Donald Trump, the brash billionaire who successfully has deflected nearly all Republican efforts to undermine his candidacy. Top Clinton donors had expected the campaign to begin raising money for the general election beginning in April, a transition they now say has been pushed off.

Aides say upcoming contests in Ohio, Missouri and Illinois look tighter than they did just days ago, forcing them to keep focusing on the primary, despite a sizable advantage among the delegates that determine the nomination.

Victories on Tuesday would give Sanders fresh momentum and grant him months to continue criticizing Clinton’s positions on issues that Trump wants to focus on in November.

Sanders is demanding that Clinton release transcripts of her paid speeches to Wall Street banks, citing her past support for trade deals and trying to make the argument that most Washington politicians are bought and paid for by campaign contributors.

In addition, Sanders and his supporters are also bringing a similar case against Clinton backers with ties to Wall Street, expanding his critique to a broader swath of the party.

Some Clinton allies worry that such lines of attack could aid Trump in the general election.

Trump is seizing on such criticism as he increasingly turns his focus to the general election and a potential campaign against Clinton.

Clinton carries an edge of more than 200 pledged delegates into Tuesday’s contests in Florida, Ohio, North Carolina, Illinois and Missouri, and could effectively foreclose Sanders’ path to victory with a sweep of the large states.

While the delegates will be awarded proportionately, Clinton’s support with superdelegates — elected officials and party leaders free to back whomever they’d like — puts her in a strong position to win the nomination.

According to an Associated Press analysis, Clinton holds 1,231 of total delegates, more than half the amount needed to clinch the nomination. Sanders has 576.

In 2008 Clinton stayed in the race until the bitter end, buoyed by wins in nine of the final 16 contests. But Sanders senior strategist Tad Devine says he sees no scenario where the Vermont senator gets out of the 2016 race before the party convention in July.

“If he’s not the nominee, then I think Hillary will benefit as did Barack Obama when she challenged him all the way to the end,” Devine said.

Clinton aides involved with Obama’s election effort said the long primary contest helped their campaign by forcing them to establish operations in every state.

“If you would have asked us in June how we felt about it, as opposed to earlier on in the process, I think we would have said there was a benefit to it,” said Joel Benenson, a senior strategist for both Obama and Clinton.

Some Clinton backers worry that Sanders, long a self-identified independent, won’t feel the same obligation to support the party the way Clinton claims to have done for Obama in 2008.

“It wasn’t easy to convince a lot of my supporters to immediately move” to backing Obama, “but I made the case,” Clinton said in a Fox News forum in Detroit. “When you get through a primary, despite the emotions that are engineered in your supporters, you have to take stock of where you are and who is running on the other side.”