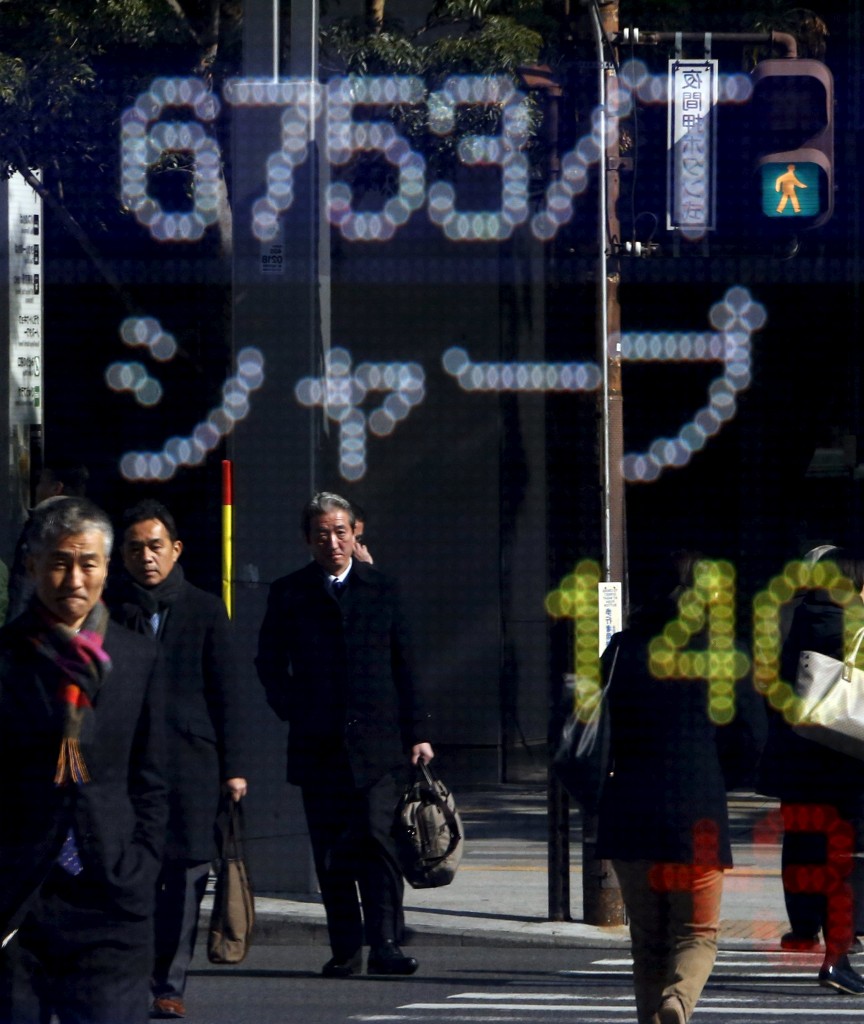 Asian stock markets rose Monday, extending a global rally after a strong finish last week on Wall Street, as investors turned their attention to upcoming meetings by the Fed and other major central banks.

Investors are awaiting more central bank meetings after the European Central Bank followed through last week on its promise to provide more stimulus. The Fed wraps up a two-day meeting on Wednesday, as investors watch to see whether the U.S. policymaker is leaning toward hiking rates again or standing pat. The Bank of Japan and the Bank of England are also due to meet this week, though analysts don’t expect any major policy changes. Australia’s central bank is set to release meeting minutes on Tuesday, which will provide further insight.

“Investors seemed more confident that there is little chance of a March Fed hike this week, but they are anticipating some sort of guidance at the press conference,” said Bernard Aw, market strategist at IG in Singapore. He added that chances of a June rate hike are now increasing.

Chinese stock markets appeared to be buoyed by comments from the chief of the China Securities Regulatory Commission, who told a press conference on Saturday that it’s too early to talk about winding back official support measures for stock markets, according to the official Xinhua news agency. That suggests state money to prop up Chinese equities, which have gyrated since a meltdown last summer, will remain in place for a while longer.

Private sector machinery orders jumped 15 percent in January over a year earlier, the biggest such increase since comparable data became available starting in April 2005. Machinery orders are seen as a leading indicator, so some analysts say they expect capital spending to recover this year.

U.S. benchmark crude fell 8 cents to $38.43 a barrel in electronic trading on the New York Mercantile Exchange. The contract added 66 cents, or 1.7 percent, to settle at $38.50 per barrel on Friday. Brent crude, which is used to price international oils, gained 6 cents to $40.45 a barrel.