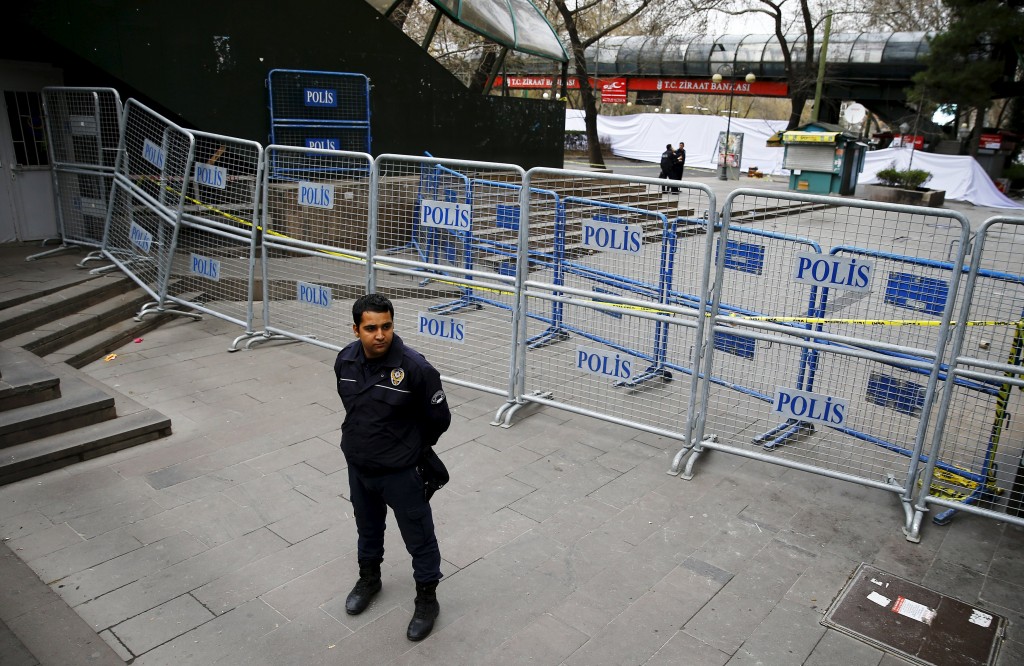 A female member of the outlawed Kurdistan Workers Party (PKK) was one of two suspected perpetrators of a car bombing that killed 37 people in the Turkish capital Ankara, security officials said on Monday.

The attack, which tore through a crowded transport hub a few hundred meters (yards) from the Justice and Interior Ministries on Sunday evening, was the second such bombing in the administrative heart of the city in under a month.

Evidence has been obtained that one of the bombers was a female member of the PKK who joined the terror group in 2013, the security officials told Reuters. She was born in 1992 and came from the eastern Turkish city of Kars, they said.

The government has said it expects to officially identify the organization behind the attack later on Monday.

In its armed campaign in Turkey, the PKK has historically struck directly at security forces and says it does not target civilians. A direct claim of responsibility for Sunday’s bombing would indicate a major tactical shift.

The Kurdistan Freedom Hawks (TAK) claimed responsibility for the previous car bombing, just a few blocks away, on Feb. 17. TAK says it has split from the PKK, although experts who study Kurdish terrorists say the two organizations are affiliated.

Following the attack, Turkish warplanes bombed camps belonging to the PKK in northern Iraq early on Monday, the army said.

At least 37 people died from Sunday’s blast, the health minister announced, adding that 71 people were still being treated in hospitals. Of those, 15 were in serious condition, he said.

Meanwhile, Turkey declared a round-the-clock curfew in the southeastern town of Sirnak in order to carry out operations against Kurdish terrorists in the area, the provincial governor’s office said in a statement.

It said the curfew will go into effect at 11 p.m. on Monday. Security forces have been carrying out operations in the mainly Kurdish southeast, where months of conflict have devastated much of the region.