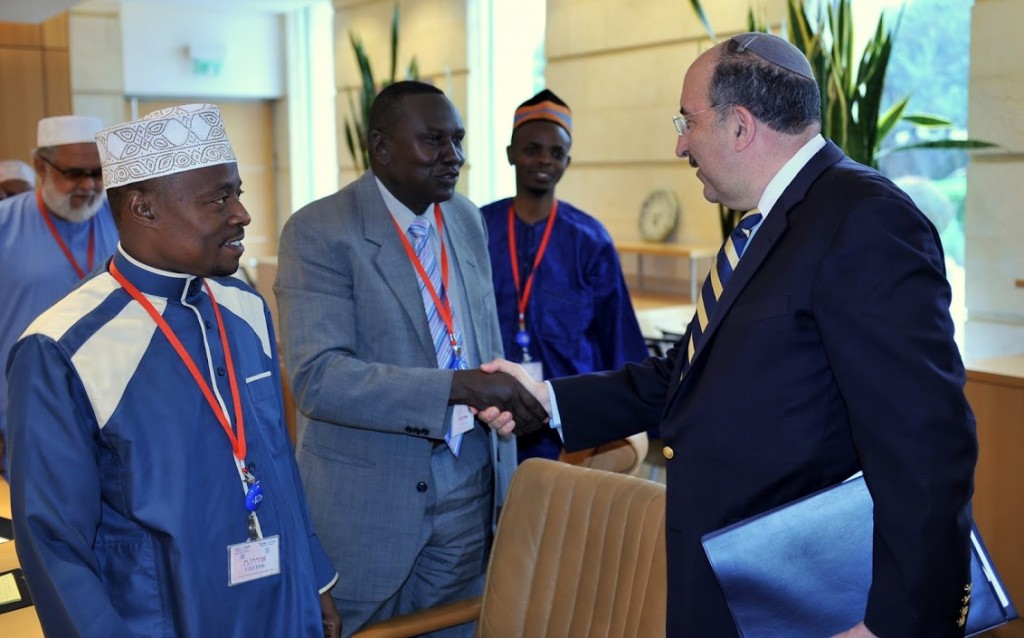 Director-General of the Foreign Ministry Dore Gold met with a delegation of religious leaders from six African countries on Monday. He welcomed the nine-member group, who arrived as guests of the Ministry, and noted that Israeli Prime Minister Binyamin Netanyahu plans to visit Africa later this year. “Israel is returning to Africa,” he said, “and Africa is returning to Israel.”

“I am glad that you are here and can see the situation with your own eyes,” Gold told them. “I just got back from South Africa. There was apartheid: separate hospitals for whites and blacks. I invite you to visit our hospitals, like Hadassah, where you can see for yourselves how both the staff and the patients are both Jews and Arabs.”

The African delegation came at the initiative of the Foreign Ministry in cooperation with the American Jewish Committee, with the aim of strengthening bilateral ties. They will be meeting with senior Israeli officials and religious leaders.