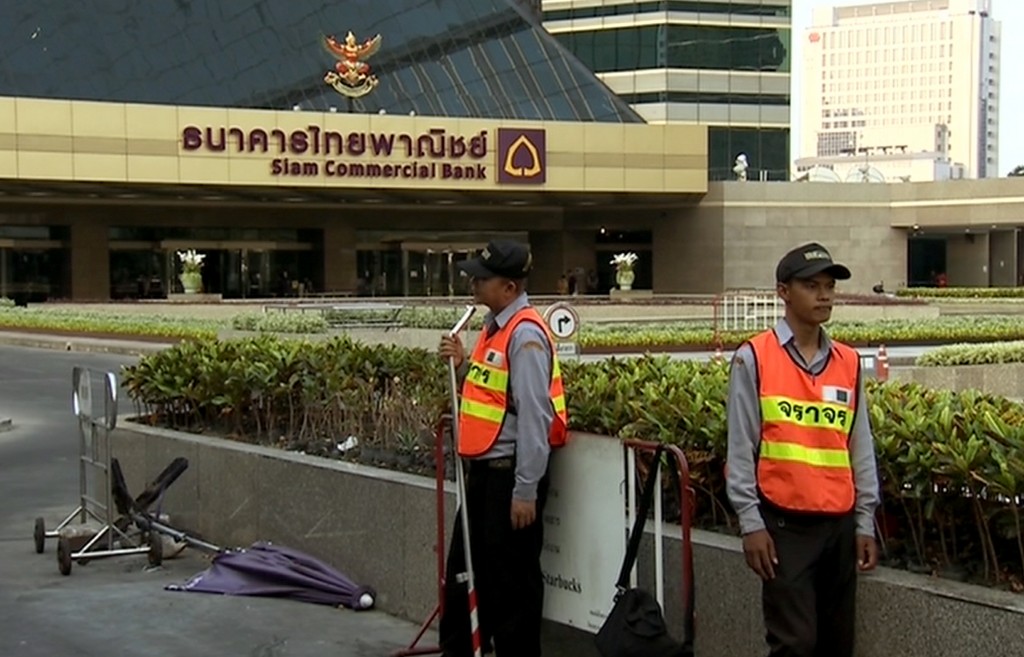 Eight people died and seven others were injured at the headquarters of one of Thailand’s largest banks when workers accidentally released fire extinguishing chemicals during an upgrade of the building’s safety system, officials said Monday.

The accident occurred Sunday night in the basement of the Siam Commercial Bank’s headquarters in Bangkok.

The bank said in a statement that an initial investigation found that the accident was caused by “negligence on the part of our contractors hired to improve fire protection in the building.”

Workers activated a system that mistakenly released Pyrogen aerosol, a chemical fire retardant which is normally intended to deprive fire of oxygen, the statement said.

The bank identified those who died as a security guard and seven contractors.

Bangkok’s Erawan medical emergency center said five people died at the site of the accident and three died later at a hospital. It said that the apparent cause of death was suffocation from insufficient oxygen, but that the official cause would not be known until later.

Seven other people suffered suffocation-related injuries, including four who were in serious condition, Erawan said.

Police were still investigating the accident and the bank said it would release more information after a meeting of its Board members Monday.