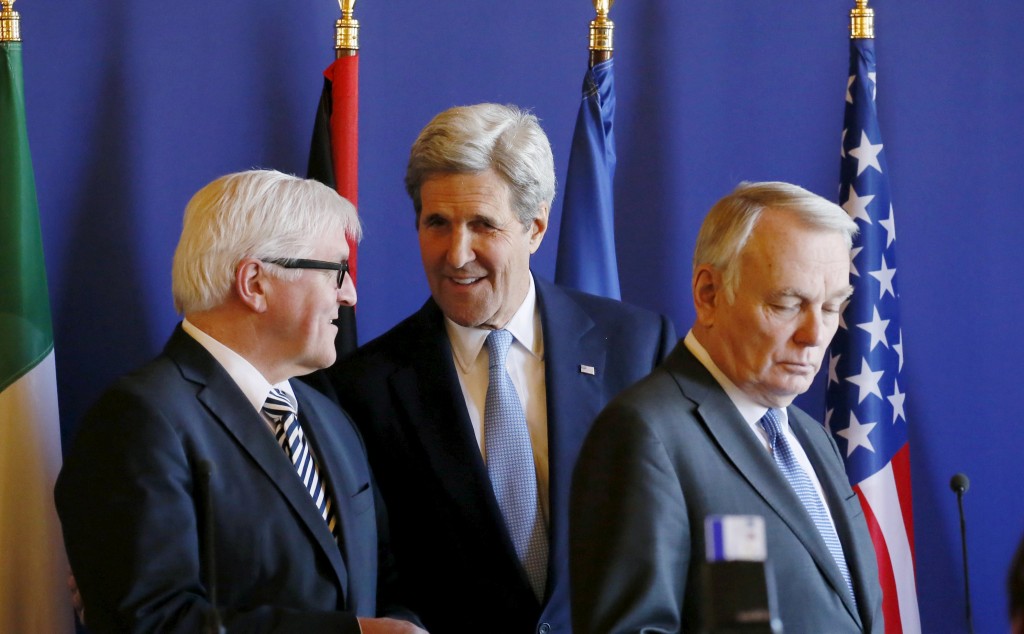 The United States and France said on Sunday that comments by Syrian government officials ahead of a new round of peace talks were a provocation and that Russia and Iran need to prove that the Syrian government is “living up to” what had been agreed.

The Syrian government said on Saturday that it would not discuss presidential elections at peace talks in Geneva this week or hold talks with any party wishing to discuss the question of the presidency.

“It’s a provocation … a bad sign and doesn’t correspond to the spirit of the ceasefire,” French Foreign Minister Jean-Marc Ayrault told a news conference with his British, German, Italian, U.S. and EU counterparts.

U.S. Secretary of State Kerry said the Syrian government and its backers were mistaken if they thought they could continue to test the boundaries of a fragile truce. Accusing Syria of carrying out the most violations of the truce, Kerry said Russian President Vladimir Putin needed to look at how Assad was acting.

“President Assad is singing from a completely different song sheet and sent his foreign minister out yesterday to try to act as a spoiler and take off the table what President Putin and the Iranians have agreed to,” Kerry said.