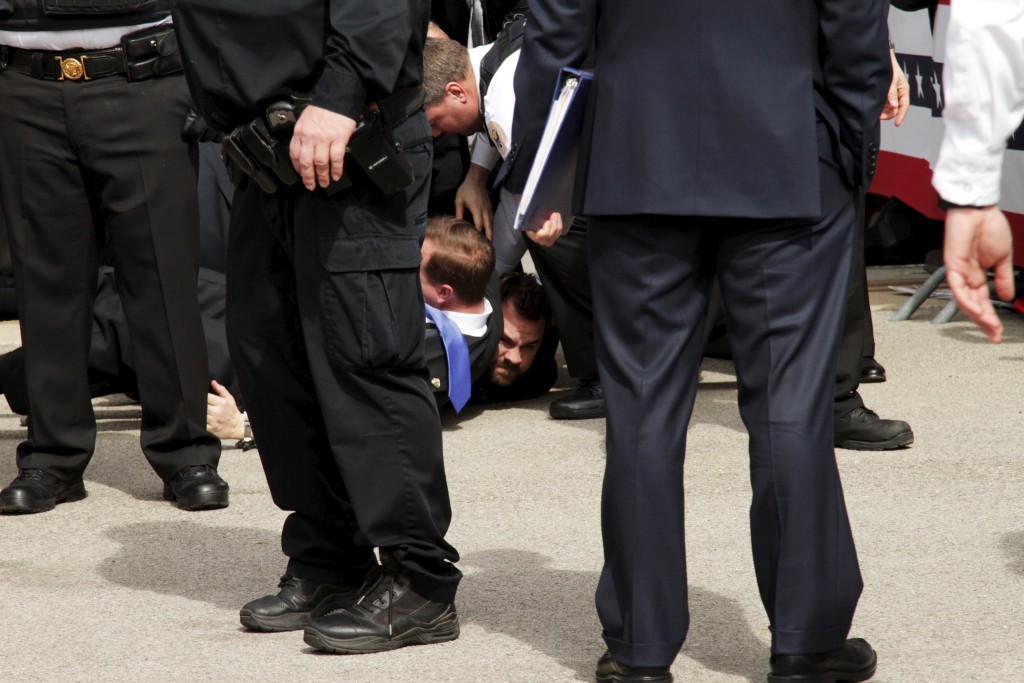 Republican presidential front-runner Donald Trump is claiming that the man who tried to rush the stage at his Ohio rally Saturday morning is connected to Islamic State terrorists — an allegation Middle East experts dismiss as farcical.

Trump was mid-speech at a rally at an airport near Dayton when a man, later identified by authorities as Thomas Dimassimo of Fairborn, Ohio, jumped a barricade and rushed at Trump. Video from the rally shows Dimassimo was able to touch the stage before security officials tackled him.

Speaking at a rally later Saturday in St. Louis, Trump told the crowd about the incident and said that, after learning the man’s name, one of his “Internet people” discovered something shocking: alleged evidence that linked Dimassimo to Islamic State terrorists.

“It was probably ISIS or ISIS-related. Do you believe it?” Trump asked the crowd. He said that an online search had revealed “the guy is playing all sorts of, let’s say, music that you wouldn’t be liking, dragging an American flag along the sidewalk… And he’s probably or possibly ISIS-related.”

Trump appeared to be referring to a video, which was posted on the man’s official social media account, that shows student protesters stepping on American flags, declaring “Black Live Matters” and talking to reporters while religious music plays.

Hassan Hassan, the coauthor of the book “ISIS: Inside the Army of Terror,” says the video is “definitely not an ISIS video” based on its content.

“This is utterly farcical; the video is incontrovertibly fake and Trump’s accusations about it being linked to ISIS serve only to underline the totality of his ignorance on this issue,” said Charles Lister, a fellow at the Middle East Institute.

Lister noted the video contains a long list of elements that a jihadi video would never include.

“Nobody can deny that ISIS poses a threat to U.S. national security, but giving credence to such ridiculous claims is arguably even more dangerous,” Lister said.