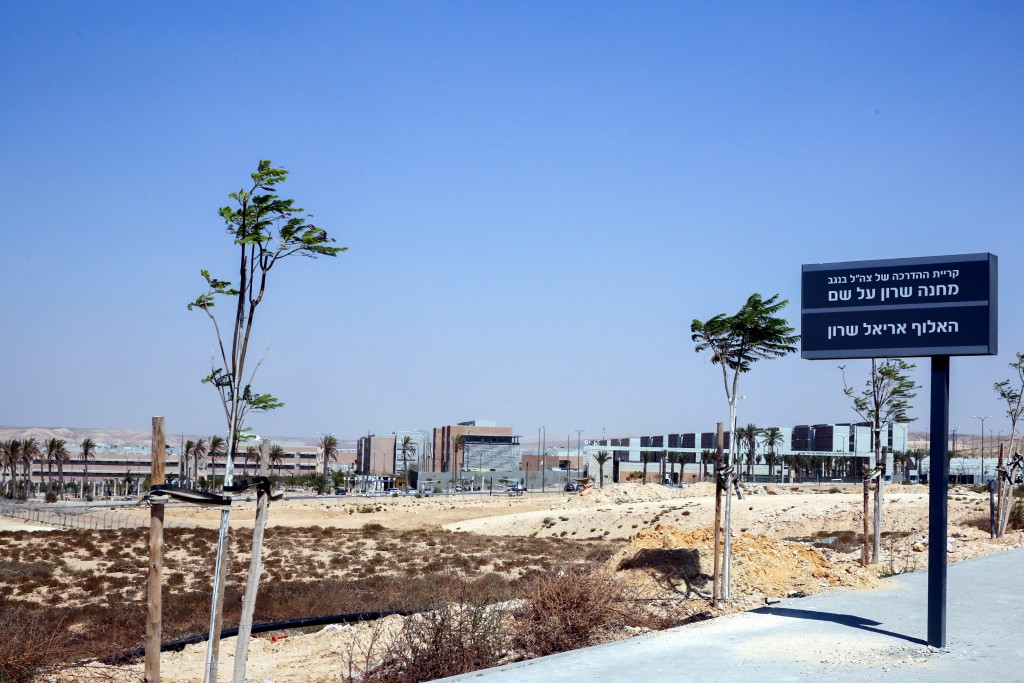 The massive, city-sized IDF training complex in the Negev has not been living up to expectations, according to an internal review conducted by the military, Globes reported on Sunday.

The much-ballyhooed project, which involves transferring IDF bases in central Israel to the Negev, was criticized for overcrowding and inefficiency in the management of classrooms and sleeping quarters.

IDF Technology and Logistics Directorate head Brigadier General Kobi Barak briefed commanders at the Negev complex, where he pointed out that the inefficiencies were slowing down the training process, rather than accelerating it, as had been planned. Poor utilization of classroom space was found to be reducing the number of study hours, and “malfunctions” took an “unreasonable” amount of time to be dealt with.

Soldiers were reportedly squeezed eight into a room designed for six people. Barak recommended that they be assigned six to a room.

An IDF spokesman would not comment, except to confirm that “the Technology and Logistics Directorate head is conducting regular discussions as part of the preparation for moving training bases to the complex.”