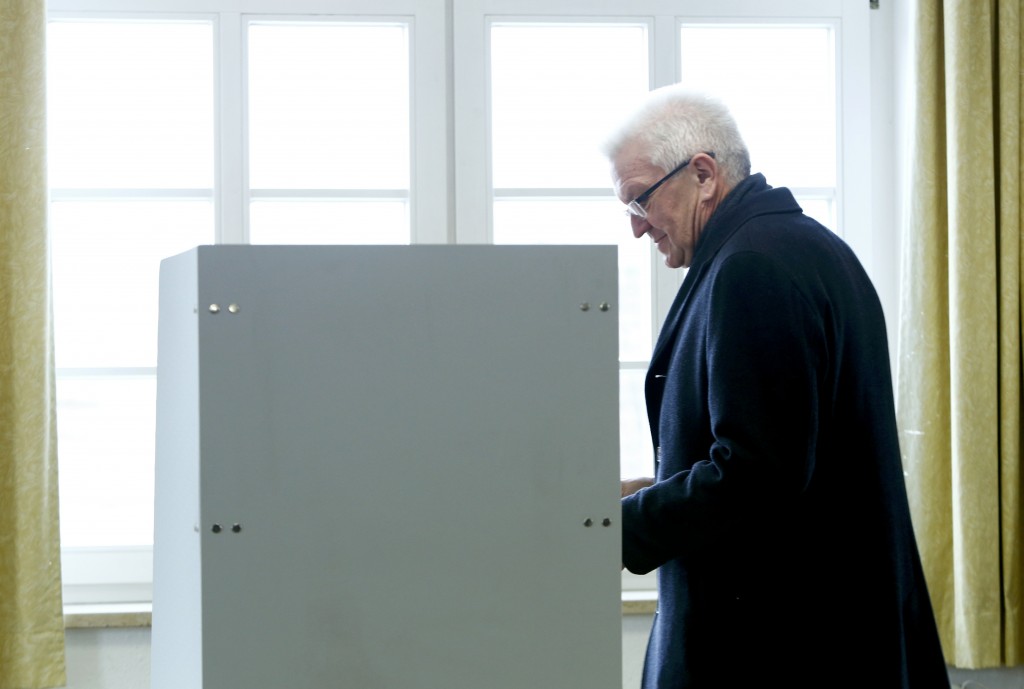 Migration is the hot topic as many people worry how Germany will cope with the influx, totaling more than a million last year alone, that has come to define Merkel’s leadership, and on which she has staked her reputation.

Merkel’s conservative Christian Democrats (CDU) have been losing support to the AfD, which has profited from the growing unease. A poor CDU performance would weaken Merkel just as she tries to push through a deal to resolve Europe’s migrant crisis.

“There is only one path, a Merkel unity path, and people want an alternative, they want a real opposition and we want to take on that task,” Andre Poggenburg, AfD leader in Saxony-Anhalt in former East Germany, told reporters after voting.

A failure to win at least two of the three states would be a blow for Merkel just as she is trying to use her status as Europe’s most powerful leader to seal an EU deal with Turkey to stem the tide of migrants.

Polls indicate that the CDU will remain the biggest party in Saxony-Anhalt, but the AfD could grab almost a fifth of the vote there and surpass the Social Democrats (SPD), Merkel’s coalition partner in Berlin.

In the west, the CDU could lose to the Greens in Baden-Wuerttemberg, where it is currently the largest party. And in Rhineland-Palatinate, where the CDU came in a close second last time, the race is too close to call.

A poor showing for the CDU would be untimely for Merkel, who still needs to seal an EU deal with Turkey to stem the migrant flow at a March 17-18 summit. She alarmed many EU leaders last week by foisting the plan on them and demanding their support.

In Baden-Wuerttemberg in southwestern Germany, the CDU’s candidate to reclaim control of the region from the Greens admitted he felt some jitters as he turned out to vote.

“Of course I feel a healthy nervousness, but I am incredibly confident,” Guido Wolf told reporters in the town of Tuttlingen.

Baden-Wuerttemberg was a CDU stronghold for more than 50 years before turning to a Green-led coalition with the SPD in 2011 after Japan’s Fukushima nuclear disaster. Polls show the Greens’ state premier Winfried Kretschmann, 67, is poised to pip Wolf.

Rhineland-Palatinate, a wine-growing region, is shaping up as the pivotal swing state.