Israel New Rule: No Electric Bikes for Riders Under 16
Israel 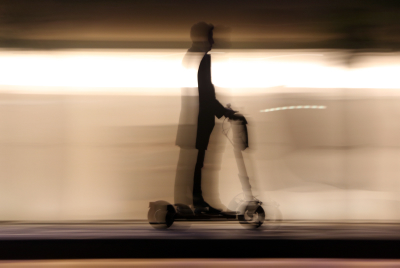 Last week alone, half a dozen kids across Israel were injured from falls or crashes on electric bikes – the latest on Motzoei Shabbos, when a 15-year-old riding a bike was hit by a car in Tel Aviv. According to the Knesset Economics Committee there have been too many incidents, involving not only riders of the bikes, but also pedestrians who were run down by careless bikers.

As a result, the Committee, via the Transport Ministry, has set new rules for the use of electric bikes, skateboards, and mini-scooters: You must be at least 16 to ride one. In addition, those permitted to use the vehicles will be forbidden to ride them on sidewalks; they may only be used on bike paths or on roads.

These new rules come in place of proposals to require licensing for use of the items; however, those riding them will be required to carry their identity cards in order to prove their age, if a cop stops them. Under current rules, an electronic bike is defined as one that can travel up to 25 kilometers (15.5 miles) per hour; any faster and the vehicle is classified as a moped, which requires a license.

The Committee also authorized an increase in the speed at which electric scooters can travel, matching the 25 km per hour limit of the bikes; formerly, the speed limit had been 12 km.

All riders of the bikes, scooters, and skateboards will be required to wear reflective clothing, the Committee added.

In an interview on Army Radio, Transport Ministry director Uzi Yitzchaki said that these vehicles will be confiscated from anyone under 16 who is caught riding them. “It’s not just about the accidents, but about the infrastructure that can handle these vehicles, as well as the capability of young people to handle them properly.”