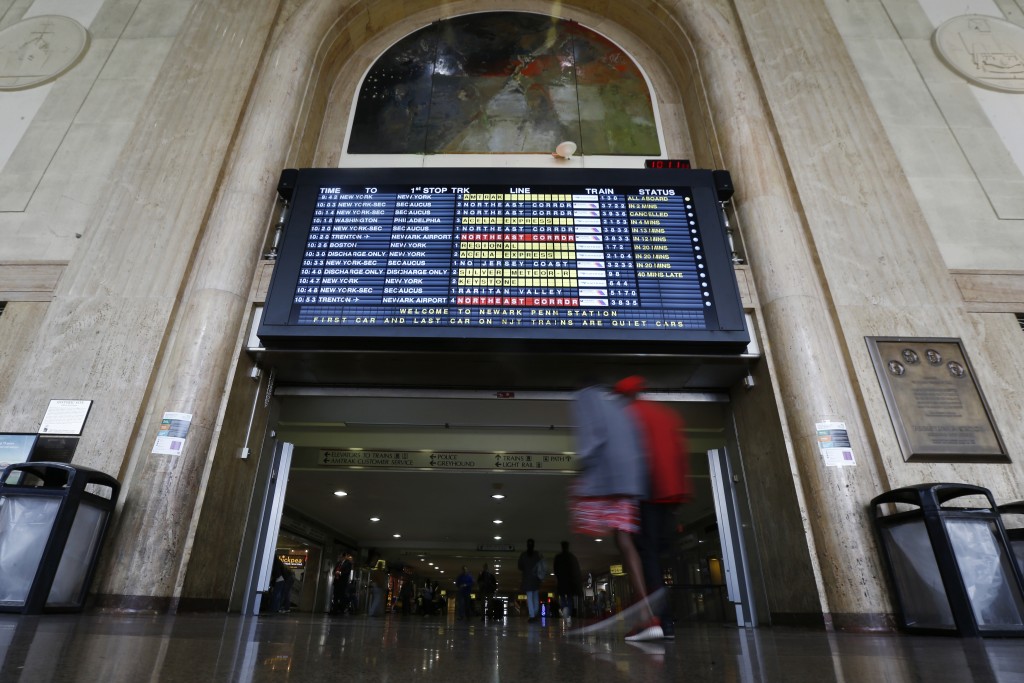 Riders were expressing their thanks and relief Saturday after learning that New Jersey Transit and its rail workers had reached a tentative deal to avert a strike that was due to start Sunday morning.

They also were thrilled to hear Gov. Chris Christie say that they won’t have to worry about fare hikes for a while to cover the cost of the settlement.

The deal, announced Friday between the transit agency and its rail workers, averted a strike that would have thrown Monday’s commute into New York into chaos. It put to rest a dispute that has been percolating for nearly five years, when the last contract expired.

“There’s no way I would have even tried to get to work on Monday. It would have been a zoo,” Ron Simmons, a Hamilton Township resident who works for a financial firm in New York City, said Saturday while waiting for a train on the Trenton transit center. “I didn’t think a strike would happen, but in this day and age you can’t be 100 percent sure of anything. I’m just glad they found common ground.”

Rail workers had threatened to walk off the job Sunday morning.

Christie said the deal won’t lead to the need for a fare hike or service cuts, at least through June 2017.

Those words were music to the ears of many train riders on Saturday.

“I’m thrilled to hear that fares will likely stay steady, at least for the near future” Mary Watkins said shortly after her train arrived in Trenton on Saturday. She uses the train five days a week to get from her Philadelphia area home to her job in Trenton.

“I understand the positions both sides were taking, and both made sense. But I figured for sure that any deal meant higher fares,” she said.

The approximately 105,000 people who commute into New York via NJ Transit, the nation’s third-largest commuter railroad, have endured fare increases in the last six years that have raised prices more than 30 percent.

In early 2010, for example, a commuter from Princeton to New York paid $366 for a monthly pass that now costs $499. The round-trip off-peak discount, $22.50 six years ago, was eliminated and a roundtrip ticket now costs $35.

Christie and union spokesman Stephen Burkert both declined to release details of the deal, which still needs to be ratified by the union’s 4,000 members.

“Thankfully for the commuters of New Jersey Transit the crisis is averted,” Burkert said. “We are going home to our families.”

NJ Transit had warned that only about 4 in 10 of the New York train commuters would have been able to get to New York on the extra buses the transit agency said it would provide as a contingency plan.

The unions had been seeking a 2.9 percent annual wage increase over six years plus an increase in health insurance payments from 1.8 percent to 2 percent of straight pay. NJ Transit initially offered average 1.4 percent wage increases and proposed workers pay between 10 percent and 20 percent of their health care premium costs.

Two emergency labor boards convened by President Barack Obama over the last eight months had favored the union’s numbers and recommended pay raises of about 2.6 percent and health payment increases of 2.5 percent.

They disagreed with NJ Transit’s contention that the unions’ wage and health insurance demands should be judged against other state workers rather than against other rail carriers in the region.

Christie said the contract agreement is for longer than what the board had recommended.

The uncertainty over the contract talks had left commuters worrying this week about how they were going to get back to work Monday. Christie said that he wasn’t concerned with the amount of time that the negotiations took and blamed the media for creating “hysteria.”