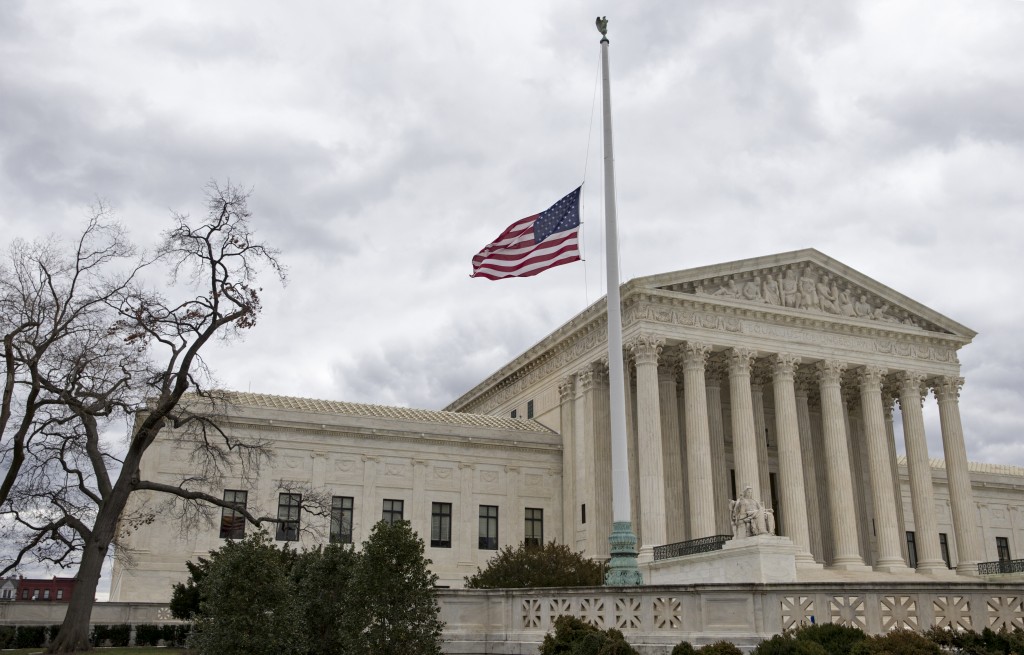 President Obama is finalizing his decision on a Supreme Court nominee to replace the late Antonin Scalia and appears to have narrowed his choice to three candidates, according to people with knowledge of the vetting process.

Obama said this week that he wanted to make a decision quickly, and his announcement could come as early as next week, the sources said.

The three finalists bring a range of judicial and legal experience to the selection process.

Garland, 63, was considered by Obama for a previous Supreme Court vacancy. Garland grew up in Chicago and graduated from Harvard Law School.

He served several stints in the Justice Department and supervised such major cases as the prosecutions of Oklahoma City bomber Timothy McVeigh and his accomplice, Terry Nichols, and Unabomber Ted Kaczynski. Garland was appointed to the federal circuit court in April 1997 and became chief judge in February 2013.

Srinivasan, 49, was born in India and emigrated as a young child with his family to Kansas. A Stanford Law graduate, he would be the high court’s first Asian American and first Hindu.

Srinivasan was nominated in May 2013 to be a judge on the Washington-based appeals court. The Senate confirmed him on a 97-0 vote.

Watford, 48, grew up in Orange County, California, and graduated from the UCLA School of Law.

He worked for four years as an assistant U.S. attorney in Los Angeles before joining the law firm of Munger, Tolles & Olson, where he focused on appellate litigation in state and federal courts. He was appointed by Obama to the federal appeals court in May 2012 after a Senate confirmation vote of 61-34.

The narrowing down to these three candidates was first reported by Reuters. The White House did not immediately respond to a request for comment.

On Friday, political groups stepped up their efforts in what is turning out to be an epic partisan battle over what is supposed to be the nonpartisan branch of the federal government.

Senate Republicans have vowed to stop Obama from nominating anyone to fill the sudden Supreme Court vacancy, arguing that the process should wait until the next president is elected. Liberal groups — including environmentalists and constitutional scholars — are organizing petitions, scheduling news conferences and setting up seminars to pressure the Senate to schedule a hearing on the president’s eventual nominee and allow a vote.

“Crucial questions regarding the civil liberties and religious freedoms of citizens of the United States sit before the Supreme Court,” the South Asian Bar Association of North America said. “The impact of refusing to consider any nominee threatens not only a fair and reasoned consideration of these crucial issues for two full terms of the Supreme Court, but the separation of powers upon which our democracy is based.”

Civil rights groups tried to apply pressure to Senate Judiciary Committee Chairman Charles E. Grassley (R-Iowa), who has been adamant that his committee would not hold a hearing on Obama’s nominee.

“The position taken by members of the Senate Judiciary Committee who refuse to consider any nominee put forward by the president is unprecedented and is inconsistent with the roles of the president and the Senate as envisioned by the Framers of the Constitution,” said Kristen Clarke, president and executive director of the Lawyers’ Committee for Civil Rights Under Law.

Sen. Ted Cruz (R-Texas), a presidential candidate, told his constituents in an email message that he would not allow a vote.

“The stakes are too high to allow President Obama, in the waning months of his final term, to make a lifetime appointment that would reshape the Supreme Court for a generation,” Cruz wrote. “I strongly stand with my fellow Republicans and believe that the Senate should fulfill its constitutional duty by letting the American people be heard in selecting the next Supreme Court justice.” He signed it, “Keep Texas Strong.”