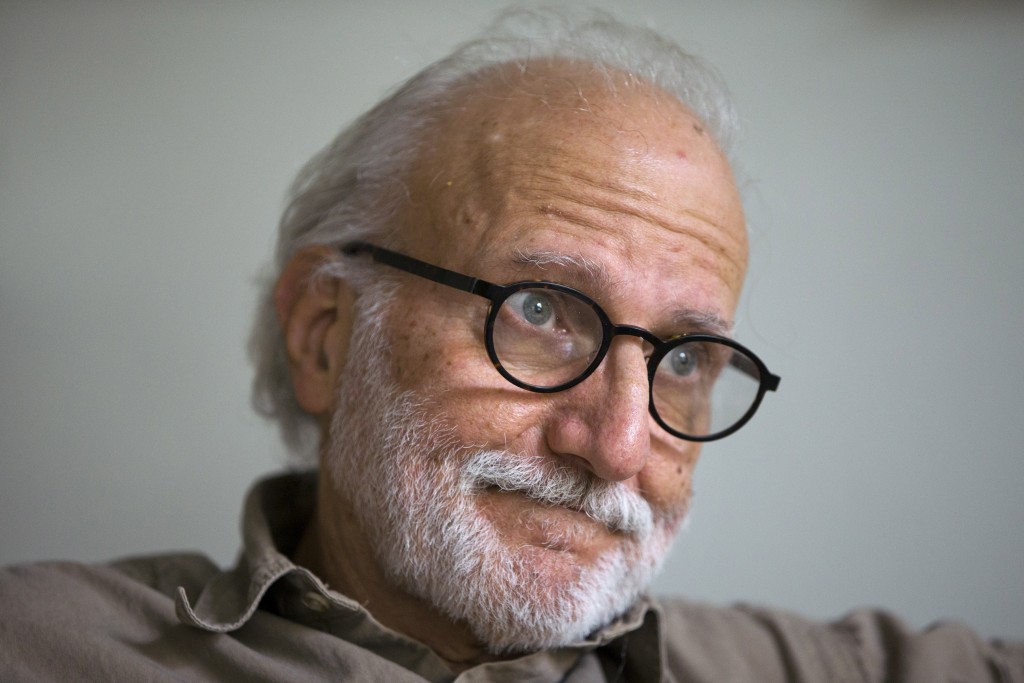 It took five years, Pope Francis, President Barack Obama, and the exchange of three Cuban spies to get Alan Gross, gaunt and broken-toothed, out of a Havana prison.

But 15 months after his return to the United States, and days before Obama departs for a trip to Cuba on March 20, there may be no stronger advocate for fully restoring U.S. relations with the island nation and lifting a decades-old trade embargo.

“His interest in going to Cuba is a very courageous thing to do, as was the decision to bring me home,” Gross said of Obama. The former contractor for the U.S. Agency for International Development — imprisoned for bringing prohibited internet technology onto the island without a permit — said he’d go back to Cuba himself in a heartbeat, if the Cuban government would allow it. He’d even suggested going as part of Obama’s delegation because of the message it would convey.

“Somebody would ask, ‘Why would you want to go back there?’” Gross said during an interview in the Washington condominium where he and his wife have sought to rebuild their lives since he came home. “The answer is simple: The people. The Cubans — Cubanos — are wonderful people.”

In talking about Cuba and his experience, Gross paints a picture of an island population suffering in poverty under a repressive government with their future constricted as long as an outdated U.S. trade embargo remains in place. He sees the Castro regime’s time as limited and Obama’s trip a prod for change.

Gross, who volunteered for Obama’s 2008 campaign but has not endorsed a presidential candidate this year, expressed significant frustration with U.S. politicians in both parties who oppose establishing a broader relationship with Cuba. He said they, along with the Cuban government, are complicit in fostering the diplomatic tensions that kept him in prison for so long.

“If we’re the leading country in the world, then we should lead by example” and stop “punishing a country for something that happened in the past that they’re trying to climb out of,” Gross said. “People just don’t understand: Life in Cuba for 11.3 million people is horrendous. They are just as much prisoners as I was.”

The Cuban government, led by Fidel Castro and more recently by his brother Raul, has been “impotent” and unable to alleviate the misery on the island, he said, adding that they’ve been abetted by a U.S. policy that is ineffective and no longer makes sense.

“They’ve used us as an excuse for the entire time they’ve had this revolution,” he said. “But the revolution is a failure. Cuba only represents a threat to itself.”

The U.S. lawmakers who staunchly cling to the embargo “are irrational when it comes to Cuba,” Gross said. “Some of them can say I’m suffering from Stockholm syndrome, but I dare them to say it to my face. As someone who’s worked in international economic development for the last 35 years, I think that improving relations with Cuba is in our best interests.”

Gross said he had a lot of time to contemplate these matters after his arrest in December 2009, as he was “rotting” in prison and waiting for his lawyer and the United States to work out his release.

Lawmakers who oppose easing relations with Cuba say doing so will hurt the island’s residents.

“This misguided action by President Obama will embolden the Castro regime to continue its illicit activities, trample on fundamental freedoms, and disregard democratic principles,” said Rep. Ileana Ros-Lehtinen, a Florida Republican, at the time Gross was released.

Gross got to know about 20 fellow inmates while he was behind bars, mostly political prisoners, who cycled in and out as his cellmates. Some became close friends. Few spoke English; he picked up enough Spanish to get by and enjoyed their kindness when they shared treats their family members brought on visits, often made possible by remittances from relatives in the United States under rules relaxed by Obama.

After what Gross described as an initial year of significant mistreatment, he said his circumstances improved. He had access to interpreters during official interrogations, to his lawyer, and to visitors, including members of the U.S. Congress. Among the visitors during his final months in prison was a high ranking Cuban official, who peppered him with propaganda. Gross said he convinced the official to provide data, and he received bound copies of economic and demographic data collected by the government.

From that Gross said he gleaned that at least 11 percent of Cubans, roughly 500,000 people, work in the private sector, which has been bolstered by remittances from the United States. He also said the Cuban government is doing “subtle things” to loosen reins on the economy in the face of resistance from various factions including the military. There’s been some easing of restrictions on visas and more allowances for private sales of homes and cars. Although he was imprisoned for bringing computer chips and other equipment into Cuba, some broader access to the internet is being allowed. But service still remains poor and too expensive for most Cubans, and the government continues to monitor email and repress political critics.

Change will come, Gross said. Fidel Castro, who seized power in the 1950s, is now 89, and Raul Castro, who took over for his brother a decade ago, is 84.

“The Castros are totally irrelevant to Cuba’s future,” Gross said. “From a practical standpoint, they’ll be gone within a matter of a few years. Their legacy will be very difficult for Cuba to escape from. But Cuba will escape from that and we need to get out of the way.”

While in prison, Gross said he also rooted for Cuba’s baseball team and hoarded blue plastic bands from the seals on water bottles, turning them into bracelets made from 18 bands at a time — significant, he said, because it is “the Hebrew numeric value of the world ‘chaim,’ which means life.”

He’d give the crafts to visitors, asking them to remember him. They included Vermont Sen. Bernie Sanders, now running for the Democratic presidential nomination, who was among several lawmakers who met with him in the prison.

Gross also brought some of the bracelets out with him. He presented one to the pope as thanks for advocating on his behalf. Another was given to astronaut Scott Kelly, who befriended him when both were guests in first lady Michelle Obama’s State of the Union box last year. Gross said Kelly sought his experience being isolated from loved ones as the astronaut was preparing to spend a year aboard the International Space Station.

Obama doesn’t have a bracelet. Gross said he was “never upset” with Obama for his imprisonment and understood that the United States had bigger foreign policy imperatives. Gross’s wife, Judy, is less content.

“Alan is a lot more generous about President Obama than I am,” Judy Gross said. She said she spent years feeling furious and isolated. With her husband’s release “now I feel obviously less angry.”

Gross keeps a humidor stocked with Cuban cigars to enjoy while walking through his northwest Washington neighborhood.

“The main thing I want people to know if that I have absolutely no bitterness toward the people of Cuba,” he said. “They’re among the most generous, creative and warm and friendly people I’ve ever met. There are problems facing them for which they are not responsible.

“I’m much more interested in the next five years than the last five years.”