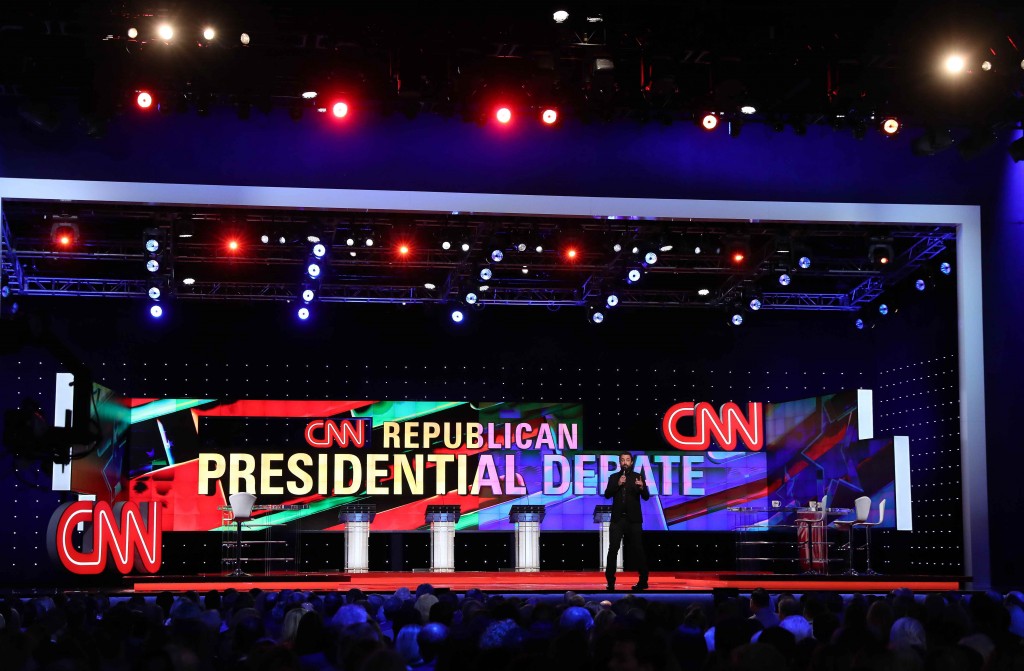 Nine months after Donald Trump became a presidential candidate, his rivals are still searching for a formula to stop his improbable political rise.

They’ve ignored him and hoped he’d fade away. They’ve launched sharply personal attacks on him. They’ve tried to discredit his business prowess and conservative record.

And in Thursday’s Republican presidential debate, they grasped for the middle ground, drastically dialing back the vitriol and trying to instead politely poke holes in Trump’s policy proposals.

At times, their approach succeeded in spotlighting Trump’s often vague ideas for addressing the nation’s domestic problems and foreign policy threats. But they also gave the billionaire space to sound more measured and moderate — almost presidential — at a time when he’s already eyeing the general election.

The civil contest in Miami marked a sharp course correction after the last GOP debate, which devolved into a series of juvenile personal insults that left some Republicans cringing. Florida Sen. Marco Rubio led that insult brigade, and then faltered badly in the primary contests that followed. Rubio now says he regrets his behavior and embarrassed his children.

Thursday’s debate, the 12th for Republicans during this primary season, came at the most pivotal moment of the tumultuous GOP race. Trump leads his rivals in the all-important delegate count after 24 voting contests, thrusting Republican elites into a tailspin of hand-wringing and denial.

Rubio and Ohio Gov. John Kasich, the last two candidates who have backing within the Republican establishment, face sudden-death primaries in their home states on Tuesday — a pair of winner-take-all contests that could put Trump’s lead out of reach.

Cruz is closest to Trump in the delegate race and suggested again Thursday that Rubio and Kasich step aside to allow him to take on the real estate mogul one-on-one. After a reserved start to the debate, Cruz grew more aggressive as the two-hour contest progressed and warned Republican voters that nominating Trump would cost the GOP the White House.

“If we nominate Donald Trump, Hillary wins,” said Cruz, a staunch conservative loathed by many of his Senate colleagues. He also argued that the businessman was overly simplistic on everything from trade to foreign policy, saying his solutions simply “don’t work.”

But there were just as many moments where the candidates let Trump slide, including on his acknowledgment that he’s exploited immigration laws to bring skilled overseas workers to the U.S. to work for his companies and on his call for sending up to 30,000 U.S. ground troops to the Middle East to fight the Islamic State terrorists.

And none of the other candidates condemned Trump for comments that seemingly encouraged aggressive physical action against protesters at his campaign rallies.

“Washington isn’t listening to the people. And that’s the frustration that is boiling over,” Cruz said when asked if he was concerned that the behavior of some of Trump’s supporters would hurt the Republican Party in the general election.

The prospect of Trump winning the nomination has prompted some outside groups to start putting millions of dollars in advertisements on the air to build a late case against him, including in Florida. The ads have largely focused on Trump’s questionable business dealings, including legal action against the educational company Trump University. Yet none of the candidates attempted to build on the advertising campaign during the debate.

“I can’t believe how civil it’s been up here,” Trump even said midway through the contest.

Trump has been forecasting a shift toward the general election, both in tone and in substance, and Thursday’s debate gave him an opportunity to keep up that evolution. Well aware of the opposition to his candidacy from within his own party, he spoke frequently of Republican unity and urged those skeptical of him to rally around him for the good of the GOP.

“I think frankly the Republican establishment, or whatever you call it, should embrace what’s happening,” he said.