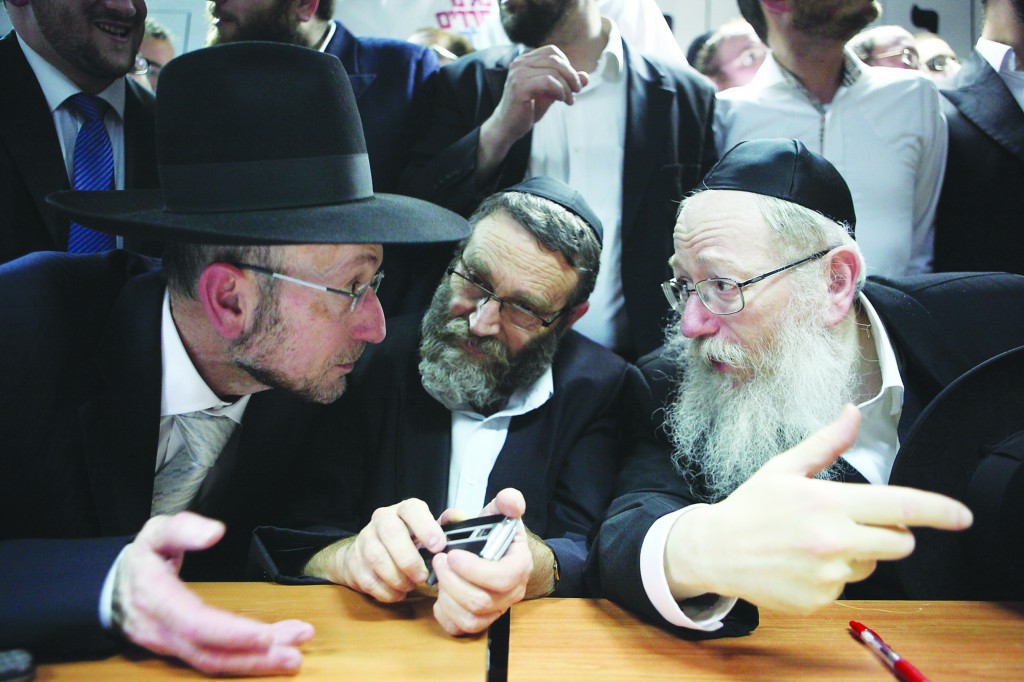 A bill that would change health laws to allow companies to give their “rejects” to the needy passed its first Knesset reading on Wednesday. United Torah Judaism MKs Rabbi Uri Maklev and Rabbi Moshe Gafni proposed the law that would allow food sellers and purveyors to take their “extras” and package them in a sanitary manner, and transfer them to the many chessed organizations that are trying to help the poor.

Forty-one MKs voted to support the bill, with none opposed. The bill will now be heard in the Knesset Welfare Committee, where it will be prepared for ts second and third reading.

According to the MKs, tons of fresh food are destroyed on a regular basis because of a a variety of reasons – both regulatory reasons, because they are close to or past their sale due date, and commercial reasons, a tactic to maintain market prices.

Upon examination, said the MKs, it appears that a great deal of food goes to waste in Israel, from fruits and vegetables that supermarkets and produce sellers deem unsellable because they don’t look appealing, to sandwiches and meals made in corporate cafeterias for workers daily that do not get sold, to large amounts of foods from weddings, bar mitzvahs, and social events that do not get served, and extra portions of cooked food and baked goods that don’t get sold by restaurants and cafés. Data cited by the MKs shows that as much as 25 percent of these food items get thrown away.

All of that food, said the MKs, could easily feed an army – in this case the army of the poor, which unfortunately, they said, seems to be growing by leaps and bounds. In a recent report, the National Insurance Institute (Bituach Leumi) said that there were some 1.7 million people in Israel who were poor, of them 776,500 children. According to the data, one out of every three Israeli children is poor.

All of those food sellers and purveyors, under the new law, will be allowed to take their “extras” and package them in a sanitary manner, and transfer them to the many chessed organizations that are trying to help the poor.

“These food portions could mean new life for hundreds of thousands of poor children, large families, and other Israelis struggling to make ends meet,” said MK Rabbi Maklev. “Many of the institutions we have spoken to are very interested in donating this food, and feel terrible at having to throw it out, but have been unable to pass it on because of laws and regulations. Our measure will change those regulations, enabling many people to benefit.”