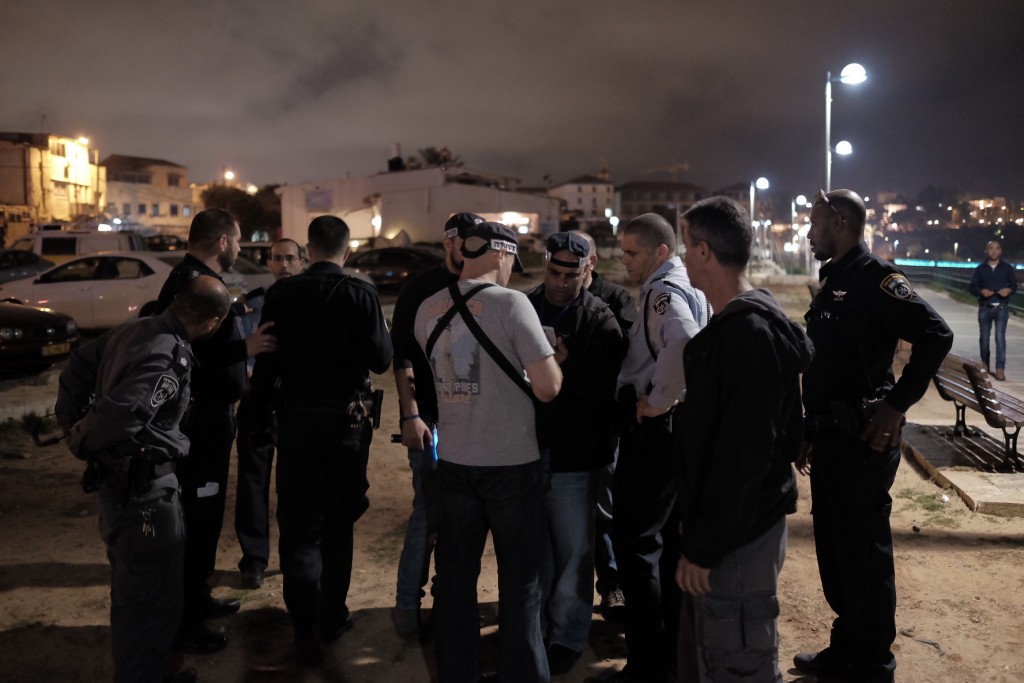 Police have opened an investigation into the behavior of the police officer who shot at Bashar Masalha, the Arab terrorist who went on a stabbing spree in Tel Aviv and Jaffa before being gunned down by officers at the Jaffa Port, a report on Israel Radio said Thursday morning.

Masalha killed one person – Taylor Alan Force, a graduate student who was on a tour of Israeli technology start-ups – and injured eleven other people as he made his way from a busy intersection in south Tel Aviv to Jaffa’s Clock Tower Square, stabbing people along the way, until he was finally surrounded and shot down by police on the promenade of Jaffa Port.

The Police Internal Affairs Unit is investigating if one of those officers shot Masalha while he was already on the ground – presumably dead or badly injured. Police in criminal situations are forbidden from using their weapons to further subdue a suspect who has surrendered or is otherwise unable to escape, and the rules do not allow for a differentiation between subduing criminals and terrorists.

Investigators base this allegation on footage that has emerged of the showdown with Masalha. One officer is seen aiming his weapon at the terrorist, while another is heard in the background saying, “The suspect is on the ground and neutralized. Why are you aiming your weapon at him?”

Maslaha, 22, was from a village near Kalkilya, and had surreptitiously entered Israel to carry out the attack. The Palestinian Authority has not condemned the attack, and in fact has praised Masalha as a “martyr.”

A report on Israel Radio Thursday morning said that as PA chief Mahmoud Abbas was meeting Wednesday with U.S. Vice President Joe Biden, Palestinian media broadcast an interview with Masalha’s father, who talked about how “proud” he was of his son. “My father was a martyr in the 1967 war, and now my son is a martyr,” the father said. “That is a true blessing and honor for us.”

During his meeting with Biden, Abbas said that the terror wave was completely Israel’s fault, caused by the “settlements and settler violence.” Over the past few months, Abbas told Biden, Israel had “massacred” over 200 Palestinians.