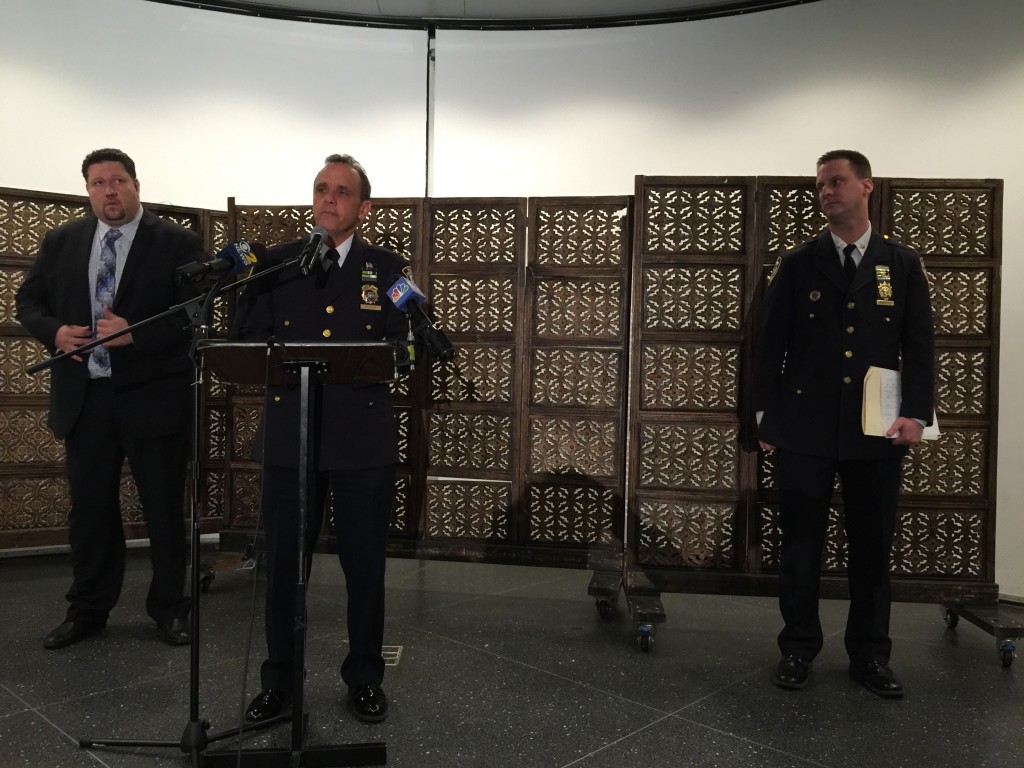 An arrest was made Wednesday night in the stabbing last month of Crown Heights resident Leiby Brikman. The suspect is 26-year-old Keny Rochelin, who lives in a homeless shelter on Manhattan’s Upper West Side.

A packed Thursday evening press conference at Crown Heights’ Jewish Children’s Museum drew hundreds of concerned community members, Shomrim, and police officers to learn about the developments and to express their anger and dissatisfaction. The community has been impatient as to the pace of the investigation and the fact that they do not feel safe in the community.

Police recognized Rochelin as the perpetrator seen holding a knife and fleeing the scene of the Crown Heights incident on surveillance video. Outside sources told Hamodia that under interrogation, he admitted to the Crown Heights stabbing of Brikman, 25, as well.

In last night’s arrest, Rochelin was identified as the person seen on surveillance video after the earlier attack on Brikman. The hate crimes unit was brought in, and Rochelin was interrogated.

When Rochelin was arrested for last night’s stabbings, he was wearing the same shoes and pants as in the earlier assault video, so police strongly believe it is the same person. In the words of Chief Powers, “We are pretty sure we got the right guy.”

Leiby Brikman’s mother addressed the crowd, expressing appreciation for the arrest but emphasizing the community’s unhappiness with the security situation in Crown Heights and their belief that a lot of attacks are racially motivated. She thanked the community for “treating him (Leiby) like their child,” and thanked the police but expressed frustration with the investigation and the lack of safety.

Chief Powers said of the police reaction, “71 probably has more coverage than any other precinct in New York City.” He also said that in the 71st precinct, since the attack, there has been a massive increase in police presence.

Leiby, his brother-in-law Mordechai Moskowitz told Hamodia, is recuperating at his parents’ home in Sea Gate, and is expected to, iy”H, make a full recovery.

The stabbing last month, came amid other incidents suspected of being hate crimes and has deeply unsettled the Crown Heights community.