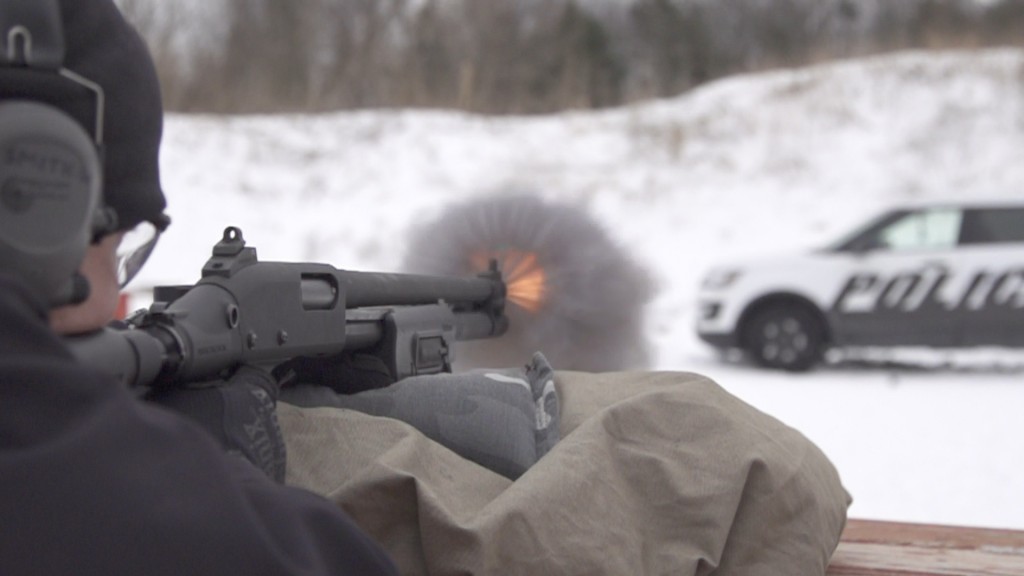 It’s a first for police cars: Doors that can protect against armor-piercing bullets.

Ford will soon be offering the doors on its Police Interceptor sedans and SUVs. They’ll be the first in the U.S. to meet the Justice Department’s highest standard for body armor, the equivalent of a bulky SWAT team vest.

The doors are designed to stop a .30-caliber bullet shot from a high-powered rifle like an AK-47. That’s more powerful ammunition than many soldiers carry.

Ford has offered factory-installed ballistic panels on its police car doors since 2008. But previous versions protected against handgun fire and non-armor piercing bullets. Between 5 percent and 10 percent of police vehicles Ford sells have the optional ballistic protection, which costs around $1,500 per door.

But Randy Freiburger, a Ford engineer who works with police customers, said the company was getting frequent requests for better protection, particularly from police in the Middle East and Eastern Europe. So engineers starting working on upgraded panels.

“In some places outside the U.S., they face the armor-piercing threat on a daily basis,” Freiburger said. “This is the price of entry for those markets.”

Ford was also facing pressure from its rivals. Dodge began offering non-armor piercing protection on police versions of the Charger in 2012. Ford controlled 60 percent of the U.S. police vehicle market in 2015.

Other automakers, including Land Rover and Audi, make vehicles from high-strength steel that can protect against armor-piercing bullets. But the cost would likely be out of reach for most police departments. The armored Range Rover Sentinel, which is not sold in the U.S., starts at $569,000. A Ford Police Interceptor SUV — which is based on an Explorer — starts around $30,000.

Ford’s ballistic panels — which cover most of the door — have two layers. The outside is made from ballistic-grade ceramic tile. When a bullet hits the tile, it disperses the energy and starts to break the bullet into pieces. The inner layer is made from aramid fiber, which is the same material used for Kevlar. The fiber catches the shrapnel from the bullet.

If bullets strike twice in the same spot, which is rare, the panels will still offer some protection, Ford says.

Freiburger said increasing the ballistic protection was an engineering challenge. The composition of the ceramic tile and the interior fiber had to be changed. The doors also weigh more, so engineers had to make sure that the hinges would hold them.

Ford will continue offering both non-armor piercing and armor-piercing doors for departments with different needs. Pricing for the upgraded protection hasn’t been announced.

The doors aren’t available to the public. In fact, they’re destroyed when police cars are scrapped so they can’t get into criminals’ hands.

Freiburger said the car windows do not have ballistic protection because it significantly increases the weight of the glass. Bulletproof glass could also make it more difficult to get injured people out of a patrol car.

Bill Johnson, executive director of the National Association of Police Organizations, said police are frequently targeted when they’re in their cars, so they will likely welcome the more advanced protection.

“Any kind of protection that can be added into the vehicles that officers are driving in is a great idea,” Johnson said.”