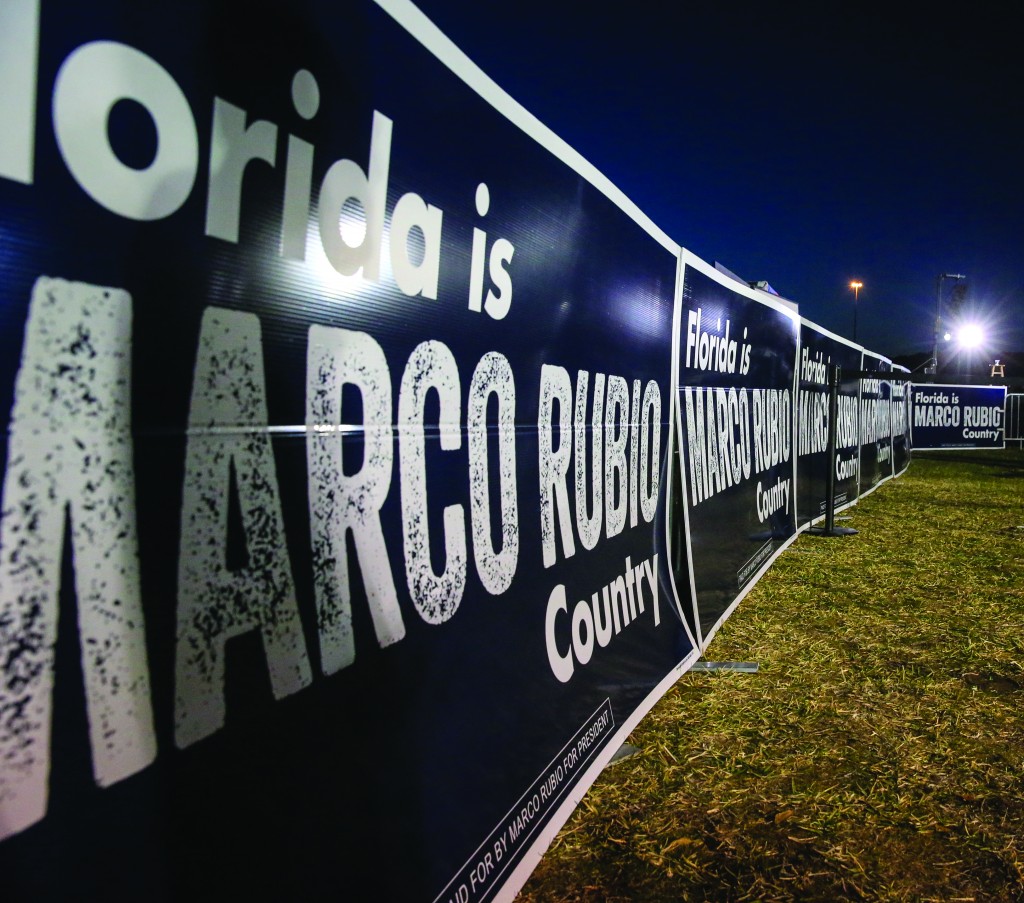 Sen. Marco Rubio’s latest round of electoral losses — he failed to win any state or add delegates in Tuesday’s primaries — has reinforced concerns that his campaign is at a make-or-break moment.

Although campaign officials insist Rubio has no plans to quit and expects to win the Florida primary next week, some GOP donors are quietly arguing that he should drop out so Republicans can coalesce around Sen. Ted Cruz of Texas and stop Donald Trump in Tuesday’s election.

Recent polling suggests Trump leads Rubio 40.7 percent to 23.7 percent in Florida, according to aggregators at RealClear Politics. Cruz is third at 17.2 percent.

Donors, particularly more recent converts to Team Rubio who crossed over from former Florida Gov. Jeb Bush’s camp, are holding onto their wallets until next week’s primary.

But many also see little reason for Rubio to drop out before then.

“It’s Florida or bust,” said Nick Iarossi, a prominent Rubio fundraiser in Tallahassee. “We’ve already invested millions of dollars, thousands of man hours. Why get out six days before?”

Rob Stutzman, a GOP operative in Sacramento who was backing Bush and is now fundraising for Rubio, said the campaign is “fully invested, they’re fully committed to Florida, and, frankly, they shouldn’t stop before then, before the Florida vote.”

“Obviously the results of the last two weeks are troubling,” he added. “We’ll let Florida speak for itself. Home states perform uniquely.”

Rubio’s team has consistently dismissed reports of hand-wringing and denied there are any conversations about dropping out. “Nobody on the campaign is discussing this,” spokesman Alex Conant said.

The campaign continues to predict that Rubio will win his home state, noting that absentee ballots are breaking for the Florida senator.

They are also counting on strong support from the Latino community, including many Puerto Rican transplants who have fled the island’s economic problems and registering to vote in Florida. Puerto Rico was one of two primaries that Rubio has won so far.

Including his other victory in the Minnesota caucuses, Rubio has a total of 151 delegates, compared with 458 for Trump and 359 for Cruz. Ohio Gov. John Kasich has 54.

But even if Rubio wins Florida’s 99 delegates in the winner-take-all contest, he will remain far behind the front-runners.

Bowing out now might avert what could be an embarrassing political defeat for Rubio in his home state.

But his supporters argue that even if he dropped out before the Florida primary, it probably would only help Trump win the state, not Cruz.

They also questioned whether a loss at home would damage Rubio’s political brand.

At 44, he has often been mentioned as a possible candidate for Florida governor. His Senate term expires in January, and he is not seeking re-election.